Challenges in transitioning cows to automated milking systems are many. 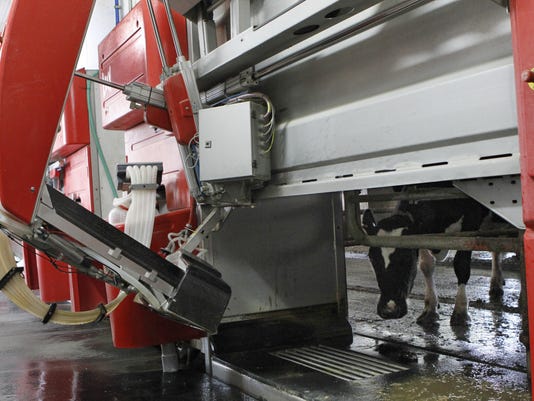 More and more dairy farmers are considering the use of automatic milking systems (AMS) despite a stressed dairy economy.

Reasons for making the transition are many, but the most important are reduction in hired labor, potential improvement in cow health and milk yield, and a more flexible lifestyle for the farmer.

As of September, 2.4 percent of all dairy farms in the state of Ohio have transitioned to AMS. The vendors are primarily Lely and DeLaval, with one farm now having installed the GEA system.

Although the adoption rate in Ohio is growing, it is certainly less than in Europe, Canada (6.8 percent in 2015), and several other states in the US. One of the considerations of adopting the AMS system is that can be challenging—at least for a few weeks—is the transition period from the conventional milking system to the AMS.

A study conducted by four major universities in Canada titled “Producer experience with transitioning to automatic milking: cow training, challenges, and effect on quality of life” was reported in the 2018 October issue of the Journal of Dairy Science

Results of the study were based on responses from 217 producers using the Lely and DeLaval AMS between 2014 and 2015. Overall, 42 percent of the producers trained animals to the AMS before the first milking. Feeding in the AMS was often practiced during training, but spraying of teats was less frequent.

Training was done using small groups of cows (around 20). For producers who used a training program, it typically took 7 days to train a cow or heifer.

It was estimated in the study that it would take 30 days to adapt a herd to an AMS, and the length of this duration was not different for those herds that did or did not train animals prior to the first milking in the AMS. About 2 percent of the cows within the herds were culled for not adapting to the AMS, with the range being 0 to 40%.

Some of the challenges experienced by dairy producers in the transition to the use of AMS included:learning to use the system, training cows, teaching cows to access the feeding system and trusting the system. Most solutions involved seeking help from support professionals and exercising time and patience. 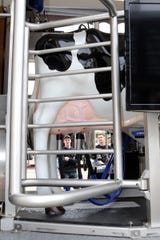 Overall, producers positively scored all improvement and expectation statements, indicating a high level of satisfaction with the AMS.

Obviously, changing to an AMS system requires a lot of planning. Initially, the mission and succession plans for the dairy operation need to be clarified and the financial plan fully developed.

During even the initial phases, it is important to visit with equipment dealerships to discuss cost, service, and start up help provided and to visit operations whereby the use of the AMS has been in effect for different periods of time, e.g. 6 months, 1 year, 3 years, etc., to learn how transitioning occurred, any development of problems over time, and dependability of service from the dealer.

Once the decision is made to install an AMS but prior to the transition, plans need to be made for the practices used during transition (e.g. training), personnel needed during the transition, and time of year relative to when other major events will be taking place on the farm or for the family. With all of the challenges in the transition, time and patience were the major points identified. 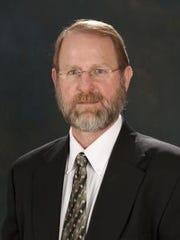 Eastridge is a Professor and Extension Dairy Specialist, Department of Animal Sciences at Ohio State University