Over the last 25 years has eliminated farmland across the country at levels not seen since the early 1970s. 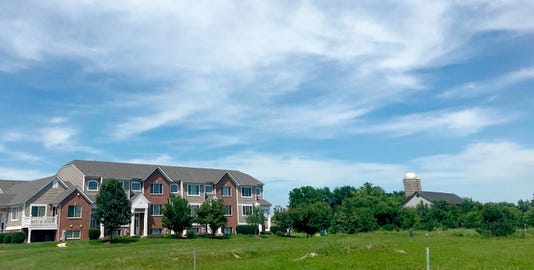 In this June 25, 2018, photo provided by the Midwest Center for Investigative Reporting, a street ends abruptly into a soybean field in a subdivision in Kane County near Huntley, Ill.(Photo: Christopher Walljasper, AP)

America has lost millions of acres of farmland over nearly three decades to urban and rural development.

Despite conservation efforts by state and local governments and increased financial incentives for farmers, urban development and the expansion of rural residential real estate over the last 25 years has eliminated farmland across the country at levels not seen since the early 1970s.

Since 1992, nearly 31 million acres of farmland have been developed for residential use around urban centers and rural communities, according American Farmland Trust's latest report, "Farms Under Threat."

And as residential development mingles with agricultural production on the outskirts of major metropolitan areas, the tension between the two increases.

Recent clashes include lawsuits in North Carolina over odor and disease from Smithfield hog operations and new research on pesticide drift affecting schools and adjacent homes.

In Kane County, Illinois, leaders saw the threat and made a commitment to keep half the county's land dedicated to agricultural use and open spaces.

While nearly 100 counties and municipalities across the country have implemented some form of farmland protection policies, less than a dozen of them are in the Midwest.
In Kane County, the solution was to offer farmers the opportunity to sell the development rights of their land to the county, using something called a conservation easement. Easements ensure the land stay in agricultural production, in perpetuity.

"We were trying to create some balance in terms of what gets developed and where," said Janice Hill, Farmland Protection Manager for Kane County.

While the county was facing development around both suburbs and rural communities, the county didn't distinguish between the two.

"It's just the pattern of development, because large lot estate zoning is, in some ways, the worst development for ag soils," she said.

From 1976 to 2016, more than 23,500 parcels of land have been acquired through conservation easement programs at the municipality, county or state level, totaling more than 3.6 million acres of farmland protected nationwide.

Most of these programs are on the east coast, with only Michigan, Ohio and Wisconsin offering state-level easement programs in the Midwest.

Most programs are funded through taxes, bonds or appropriation spending, though Kane County primarily funds its easement program through gaming revenues. More than $5.7 billion has been paid to farmers through easement programs at the state and local levels in the last 40 years, according to the Farmland Information Center.
One of the biggest concerns about conservation easement plans is that they are permanent. But Hill said that's also the appeal for farmers concerned about the legacy of their land.
"At any point in time you have to think about policies that are going to work over a 50-year period or a 100-year period, not just what the market is interested in," said Hill. "If the land becomes a forever farm, as some of our families say, that really gives a lot of peace of mind, especially the families that have their land for generations and pass it down through generations. They truly feel a calling to keep their land in agriculture."

But there are barriers to conservation easements. Hill said one reason more counties in the Midwest haven't started programs is that it takes a significant financial investment to start a program. While Kane County easements are primarily funded through gaming revenue, planners are looking at other funding sources, including fees from urban development within the county.

Another reason the Midwest has so few county protection plans is that the threat is still too intangible. Much of the Midwest is still flush with agricultural land.

A more widely adopted method of incentivizing landowners to keep land in agriculture has been preferential taxation, where taxes are paid based on the land's value in farming, instead of its market value.

"You might have an acre of land that, in a developed use, would be worth $10,000, but only pays its property tax on $800," said Lori Lynch, professor of agricultural and resource economics at the University of Maryland. 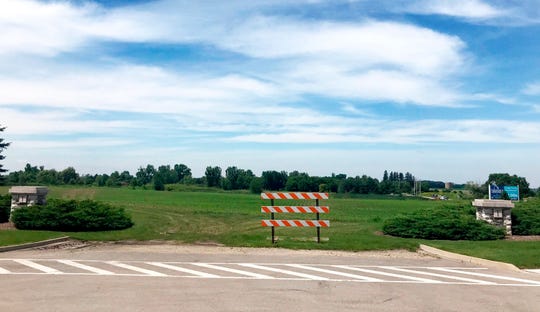 She said tax incentives have gone a long way to slow down farmland development in the Northeast. Unlike conservation easements, preferential taxation doesn't lock the land into farming forever. When land is no longer used for agriculture, a conversion tax is paid.

"The county or the state has been getting a lower tax revenue from this land for quite some time," Lynch said. "This is a way for the county and state to recoup some of that benefit that the landowner received."

More than easements or preferential taxation, the 2008 recession significantly slowed the development of farmland. But Hill said farmers still wanted to protect the legacy of their land.

"Even when the development pressures slowed down due to the recession, we still had a strong interest in the program. So to me that says that it's not just about the context of the surrounding land pressure for development," Hill said. "It's also about true conservation principles and protecting the family farm."

Clearly, farmers and ranchers benefit from easements and tax breaks for agricultural land use. But Paul Gottlieb, associate professor of agricultural, food and resource economics at Rutgers University, points out that it's not the farmers leading the charge for farmland protection.

Gottlieb said for urban and suburban residents, farmland and open spaces are an amenity. Beyond crop production, farmland provides protection against congestion, traffic, cultural grounding and access to local food. But those benefits to a community aren't factored into the price of land, which may be why taxation and conservation efforts exist, according to Lynch.

"Those desires are not represented in the market," she said. "To some extent, that's why the government did come in and set up some of these programs."

Kane County continues to evolve its strategy around farmland protection. Realizing that permanently committing land to agriculture may not be realistic for every parcel, planners have created a temporary, or "term" easement, where a landowner with smaller acreage could promise agricultural productivity for 10 to 15 years.

Hill said these short-term plans are ideal for fruit and vegetable producers who operate on smaller farms than traditional row crop farmers. This dovetails with Kane County's efforts to combat obesity and health problems through a strategy to bring fresh fruit and vegetables to area schools and hospitals.

"I think that also allowing for these term easements to support vegetable farms of any size and other farms that support food for human consumption, that really brings it home for the consumer when they understand that their food could be in the path of development," Hill said.

Hill said the county has even opened up some of its public land for animal grazing, realizing that preserves and parks may have better use than simply large swaths of grass. She said municipalities should be asking themselves, "Is our land suited for something better than sod? Should we think about leasing it to a small farmer?"

John DeWald is the developer heading up the project, which is more than 400 acres. He said 70 percent of Serosun will remain in agricultural use, including public barns, farmers markets and community farm plots. The area will also include orchards, test plots and conservation woodlands and wetlands.

Communities that mix agriculture and residential development in this way have been around since the 1990s but began taking off when the recession pushed developers toward more intentional development. DeWald said researchers have identified more than 100 of what are being dubbed "agrihoods."

"There are different kinds of farm and food elements to these developments," DeWald said. "Some of them are more occasional gardens. There's a participation element to them. It's a gathering place. Others are large enough and functional enough that they can serve the community to some extent. The intent here at Serosun over the long haul is to build up a much bigger farming and food operation that serves well beyond the borders of the community."

"It's something that's fantastic for people who want their kids or grandkids exposed to farming but still live in a modern suburban home," Hill said.

DeWald said even though Serosun is residential development of farmland, he is working with Kane County to meet conservation goals as he builds out the residential aspects of the community. But he warns that all "agrihoods" may not be dedicated to responsible development of agricultural land.

"The concern is that developers will use this as a way to get concessions to redevelop agricultural land. They put an acre garden in there and 'Whoo! We're an agrihood!'" DeWald said.

He said while there's no specific ratio of farmland to development needed to call a development an "agrihood," it's a matter of intention.

"One of the focuses is preserving agricultural land," he said.

Whether the issue of land development is a far-off concern or knocking on the door, Gottlieb said he appreciates the American Farmland Trust's focus on the issue.

"I'm all about prudence in acting early to forestall problems associated with the depletion of natural resources," Gottlieb said.

But without a sense of urgency, it can be hard for the issue to get the attention of lawmakers, or even advocates of the agriculture industry.

"We've had so many variables and challenges and threats in agriculture. You've got subsidies, you've got pests, diseases, markets, international trade. The list goes on and on. It's a litany of challenges," said Ann Sorenson, director of research for American Farmland Trust.

But she said it all starts with the land.

The nonprofit news outlet Midwest Center for Investigative Reporting provided this article to The Associated Press through a collaboration with Institute for Nonprofit News.