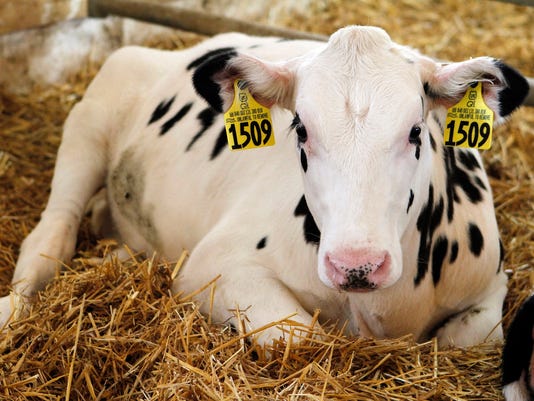 It's important to know replacement needs when maintaining a dairy cow herd. Rearing heifers can be costly, especially if you raise more than needed for replacements. So how can producers raise heifers more efficiently?

"Sufficient number of heifers is probably the biggest opportunity for a number of operations," said Atkins.

Secondly, when it comes to raising heifers more efficiently Atkins advises controlling the number of days on feed, focusing on reproduction and feed bunk management.

Based on a UW-Extension survey done in 2015, the cost for raising a heifer from birth to calving is $1,800 to $2,200 per animal. Within that cost range are variable costs that include feed, labor and veterinarian costs, while fixed costs include equipment and facilities.

"Rearing heifers can be costly, especially if you are rearing extra ones that you really don’t need for replacing those cull cows," Atkins said. 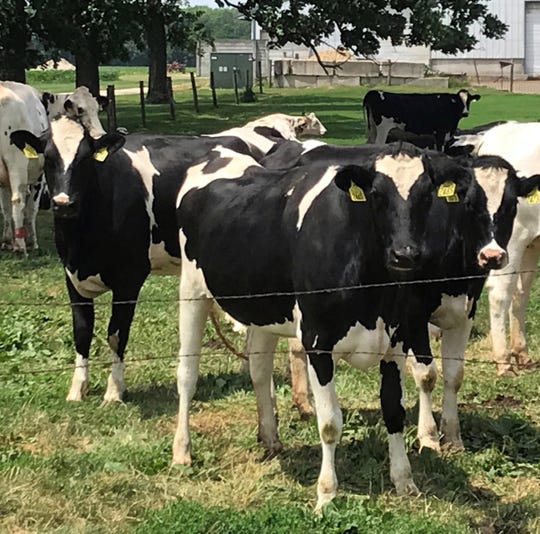 The cost for raising a heifer from birth to calving is $1,800 to $2,200 per animal. (Photo: Colleen Kottke/Wisconsin State Farmer, )

Obviously, the larger the herd, the more heifers that will be needed to replace culled cows and the cow culling rate will directly influence how many heifers will be needed as replacements, Atkins said.

An older age at first calving means there will be more heifers needed because they are going to be calving at a later time and those heifers would need to be maintained for a longer time on feed.

Calf and heifer culling rate can be affected by a number of factors, whether it's disease, poor reproduction or poor growth, Atkins said.

"The higher culling rate you have, the more heifers you're going to have to maintain because you're losing a higher percentage of those animals throughout the growth process," Atkins explained.

Farms that are expanding would also maintain a higher number of heifers.

There are a number of tools available through UW-Extension at http:/dairymgt.info/index.php, like a heifer replacement tool that calculates the number of heifers needed as replacement to maintain a constant long-term herd size.

"If we are able to get the cow culling rate down through cow management, improvements in management, to improve reproduction, we can then get the number of replacements down," Atkins said.

"Fewer cows are being culled due to transition cow issues and we're better at getting cows bred more quickly, keeping those in the herd longer," said Atkins. "As we do that we can then decrease the number of replacements we need to maintain."

If heifers are calving at 24 months, "basically those animals are going to be maintained two years before they enter the milking string," Atkins said.

Considering the revenue from sold heifers, when the animal is sold "is going to make a big difference on the bottom line" for some operations, according to Atkins.

"The culling or selling of these heifers and the timing is fairly important," Atkins explained.  "The earlier you can do that, the better, because your cost of raising heifers per day is fairly high and the prices on the market are fairly soft right now. There’s a lot of heifers being put out there and there isn’t a lot of demand, so the earlier you can do it the better it is because you’re going to save."

Another consideration is actual cost savings of selling at different times. Selling earlier provides an opportunity to reduce costs.

"If we sell at six months, we’re going to be saving pretty much 18 months of cost investment in these animals," said Atkins. "(Selling) a 6-month-old animal is going to save about $26,000 per year."

Costs go up the longer the animal is raised because they are going to eat more. Atkins said the best scenario is to try and sell earlier, especially with current marketing conditions with low demand for heifers.

Atkins advises to plan culling properly so you have an idea of how many animals will be needed and plan ahead to avoid putting money into extra animals.

Recognizing that making the decision of culling is difficult, probably one of the most difficult for producers, "there are opportunities to be had as far as culling of specific animals," said Atkins.

He suggests to start by looking at cows that might be chronic somatic cell count cows that might be problems later on. Also, look at the health and reproduction status of the cow herd and heifers — chronic transition cow problems or if cows are not being bred back in a reasonable time. "You might decide to cull those animals," said Atkins.

Good genetic or genomic value can bring a lot to the value of the animals in a dairy herd. (Photo: Colleen Kottke/Wisconsin State Farmer)

"If you have good genetic or genomic value, that can definitely bring a lot to the value of the animals," Atkins said.

Atkins recommends using "good reliable data," either genomics or Predicted Transmitting Ability (PTA), in making heifer and herd management decisions. While producers have used PTA with some success, genomics provides a "higher reliability of that data," to give "a little better sort on those animals."

While testing a whole herd can be costly, tests could be done on the potentially highest animals if you want to market the animal, or for culling purposes, animals "on the bubble," if you don't know exactly where they sit for management purposes.

Disease incidents of heifers is another consideration. Atkins suggests keeping track of diseases, especially respiratory disease. Respiratory diseases will have a major impact on lung function, since the animal can't regenerate lung tissue after an infection, and it will affect the future reproduction of that animal.

Another management option other than culling is selective breeding.

"That's been a pretty hot topic in the last year or so," said Atkins.

"What this does is it basically minimizes your culling decisions of heifers you actually need to keep," explained Atkins. "You are basically preemptively evaluating how many animals you need to maintain by using sexed semen and then you’re obviously going to sell those beef calves, those dairy beef cross calves."

This builds better genetic value in the cows and heifers kept in the herd, while increasing the value of the dairy beef crosses compared to just Holstein bull calves that would be sold.

One of the biggest savings when raising heifers is controlling costs by looking at the days on feed. (Photo: Sue Pischke/HTR Media)

Another option for efficiency in raising heifers is controlling costs by looking at the days on feed - one of the biggest savings on the dairy.

"If you look at the cash flow, for raising heifers, it's pretty much a negative cash flow for about two years," Atkins pointed out. "You're not going to realize a cash flow until they start to milk."

"So the goal, if you’re going to get pregnant by 15 months, is really start breeding by 13 months to get them on an average. To do that you will be calving starting at 22 months of age and they’ll all be finished calving by 24 months" explained Atkins.

Finally, producers can find "pretty significant cost savings" by having a good reproduction program and a good nutritional program. UW-Extension agents or an artificial insemination consultant can help with that, Atkins pointed out.

More information on heifer management is available at https://fyi.uwex.edu/heifermgmt/.