With the current Farm Bill set to expire Sept. 30, members of the Senate and House met on Sept. 5 to reconcile their versions of the 2018 Farm Bill.

WASHINGTON D.C. - With the current Farm Bill set to expire on Sept. 30, members of the Senate and House started work on Sept. 5 to reconcile their versions of the 2018 Farm Bill.

In his opening statement, House Agriculture Committee Chairman K. Michael Conaway (TX-11) reminded members of the conference committee that the U.S. Department of Agriculture (USDA) is projecting net farm income to drop another 13 percent this year.

"Put simply, we are in the fifth year of a severe recession in farm country, and it doesn’t appear to be letting up any time soon," Conaway said in his opening statement. "While the farm bill covers a wide range of important policies, I submit that it is the primary job of this conference committee to provide — as Chairman Roberts would say — the predictability and stability of a farm safety net."

Wisconsin legislators were among those who urged conferees to include some key provisions in the final version of the 2018 Farm Bill.

Reps. Ron Kind (D-WI), Earl Blumenauer (D-OR) and Mark Meadows (R-NC) called on Committee conferees to take into account the rampant abuses of Title I subsidy payments in the language of the House Farm Bill, according to a news release. 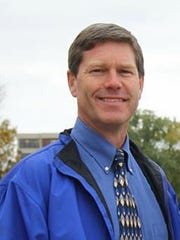 Kind and Blumenauer sent a letter on April 18, to the Congressional Budget Office (CBO), claiming that wealthy farmers are knowingly reorganizing their businesses to continue receiving subsidies meant for small and family farmers that are struggling, making it difficult to institute meaningful payment limits within the Title I program, the news release stated.

Section 1603 of the House Farm Bill would exempt joint ventures, some corporate farms, and certain farm partnerships from the means test, allowing wealthy farmers the opportunity to reorganize their farm business so they can receive more farm subsidies.

Meadows introduced amendments to the House Farm Bill that would end payments to wealthy farmers taking advantage of the loophole, but the amendments were defeated.

Blumenauer called it "the height of absurdity" and urged the Conference Committee to enact "meaningful reforms that close these loopholes once and for all."

Kind said, “This response from the CBO once again proves that Washington is lavishing huge taxpayer subsidies on millionaires and billionaires, leaving America’s small and family farmers behind. The Farm Bill’s Title I section is an unacceptable misuse of taxpayer dollars, and must be fixed before it leaves conference committee. This is Washington incentivizing poor behavior."

Meadows said, "We need a Farm Bill that provides an actual safety net to actual farmers— not one that funnels money to large organizations. I am glad to work with my colleagues Senator Grassley, Senator Durbin, Representative Kind, and Representative Blumenauer to return the farm bill to whom it should be for: actual farmers."

In a letter to conferees, Senator Tammy Baldwin (D-WI) implored her colleagues to do right by Wisconsin farmers and get the job done before the current bill expires. In the letter, she requested that some key provisions "of great importance to Wisconsin" be included in the 2018 Farm Bill.

"As with many states, our farmers are facing substantial hardship from low prices and trade disruptions. For Wisconsin’s dairy farmers, low prices and trade uncertainty are exacerbated by an oversupply of milk, due in part to unfair trade practices Canada imposed starting in 2016," Baldwin said in the letter. "In the past year we have lost 602 dairy farms, and many more are facing very difficult decisions about the future of their farms. Given these challenges and uncertainty, it is extremely important that we get a Farm Bill done on time this year, so that Congress is not adding further strain to an already difficult situation.”

In the letter, Baldwin pointed out the need for Senate's improvements to the Margin Protection Program (MPP), pushed for provisions from the Dairy Business Innovation Act, risk management tools, cracking down on fraudulent imported organic products and including the Farmers First Act in the final bill.

While Conaway said he was pleased with the progress on the farm bill, he stressed, "we must pick up the pace. This will all come together quickly if all four principals are willing to make meaningful compromises. I have made it very clear that I am willing to do so. We still have a lot of work to do, but I believe we can get this done on time.”