The Division of Criminal Investigation drone reduced the time and manpower needed to find the missing man. 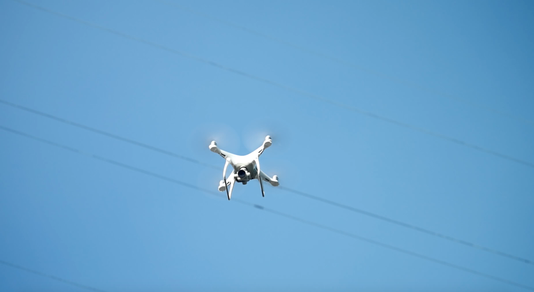 A missing 68-year-old Osseo man was found walking in the middle of a field, through the use of the Department of Justice (DOJ) Division of Criminal Investigation (DCI) drone on Aug. 28.(Photo: Roddy Blelloch/Special for USA TODAY)

EAU CLAIRE - A missing 68-year-old Osseo man was found walking in the middle of a field, through the use of the Department of Justice (DOJ) Division of Criminal Investigation (DCI) drone on Aug. 28.

Gary Grage was last seen at his residence on County Road KK, late in the evening, according to the Wisconsin DOJ Silver Alert Facebook page.

Eau Claire County sheriff deputies searched for Grage during the evening, but were unable to find him due to darkness and fog, Eau Claire County Undersheriff Joel Brettingen said in a DOJ news release.

After daylight, the sheriff's department used it's Unmanned Aerial Vehicle (UAV), or drone, and called in the DCI drone because of its thermal imaging capabilities, the press release stated. A DCI special agent used the drone to search fields near Grage's home and found him walking in the middle of a field. The agent then directed local law enforcement to retrieve Grage from the field.

"This incident highlights the importance of our strategic partnership with DOJ’s DCI, and having access to technology that has been an extremely valuable asset for serving our community," Brettingen said in the release.

Since the Silver Alert program was implemented in August 2014, 266 alerts have been issued. This is the first known success story in Wisconsin where a UAV played a role in successfully finding a missing person after a Silver Alert was issued.

“Previously, if a person had gone missing in a field or large rural area, many hours and personnel resources would have been used to search the areas,” Attorney General Brad Schimel said in the news release. “Thanks to quick thinking by the Eau Claire County Sheriff’s Office, and DCI’s UAV pilot, law enforcement was able to quickly find this missing individual.”

The Silver Alert program, administered by the DOJ, notifies the public when an adult with Alzheimer's, dementia, or other permanent cognitive impairment is missing.

Individuals can sign up to receive Silver Alerts at www.wisconsincrimealert.gov.