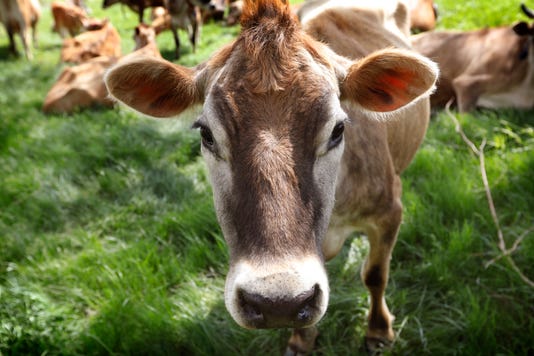 FAIRFIELD, Iowa (AP) — Small family operated dairy farms with cows freely grazing on verdant pastures are going out of business as large confined animal operations with thousands of animals are expanding into the organic market.

Many traditional small-scale organic farmers are determined to fight back against the industry transformation by appealing to consumers to look closely at the organic milk they buy to make sure it comes from a farm that meets the idyllic expectations portrayed on the cartons. 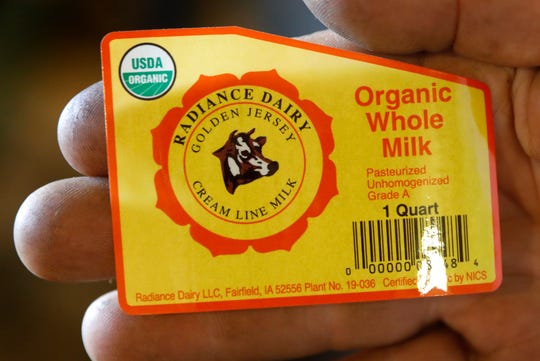 The dairy industry, like much of U.S. farming, has trended toward fewer but larger farms since the 1980s, when organic milk was available only at farmers markets or specialty grocers and the milk came from small-scale dairy farms selling to a local cooperative.

Now organic dairy products are widely distributed by mainstream grocers and mass retailers including Costco, Target and Walmart. But much of those companies' store-brand milk comes from dairies with thousands of cows maintained in immense confinement operations.

Kastel says that style of farming is contrary to what the founders of the organic movement envisioned and what consumers believe they're buying. His group on Thursday is releasing an updated Organic Dairy Scorecard , which will rank 160 brands evaluated for their organic practices including quality of pasture, how frequently cows graze and how often they're milked.

A spokeswoman for Aurora Organic Dairy, the industry's largest supplier to grocery chains such as Costco, Safeway, and Walmart, said activists who believe organic food should come from only small producers are the primary critics inaccurately portraying large-scale organic production.

Sonja Tuitele said the company's farms have more than 10,000 acres of organic pasture for grazing and the farms exceed minimum requirements for grazing days and percent of diet from grazing.

The company has nine barns in Colorado and Texas with about 26,000 cows. The largest has 4,400 cows and the smallest, 900 cows. Aurora CEO Scott McGinty said in a statement released in April that the company maintains two USDA accredited certifiers for each farm. 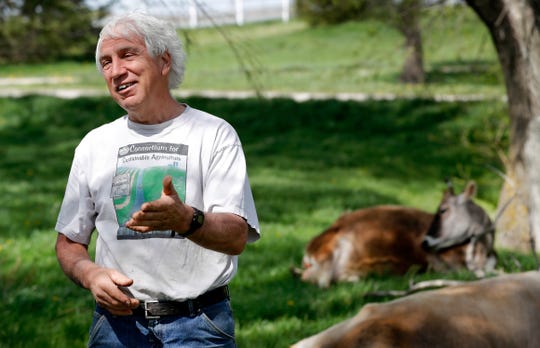 Many traditional small-scale organic farmers like Francis Thicke of Fairfield, Iowa, are fighting to stay in business by appealing to consumers to look closely at the organic milk they buy to make sure it comes from a farm that meets the idyllic expectations portrayed on the cartons. (Photo: Charlie Neibergall, AP)

"A second organic certification is a voluntary quality assurance step to ensure our farms receive more frequent inspections and measurement of compliance," he said.

Competition from large operations combined with plummeting dairy prices in the past four years have left organic dairy farmers either barely squeezing out a profit or in most cases losing money. It has accelerated the loss of smaller farms.

The U.S. Department of Agriculture reported in February that the number of U.S. dairy farms, including organic and conventional fell nearly 4 percent last year from the previous year to 40,219. The number of dairy farms declined 32 percent in the last decade.

For Patti and Brian Wilson, the changing industry has soured the profitability at their 600-acre dream dairy farm in Orwell, Vermont, they converted to organic 16 years ago. Milking their 50 cows has become unprofitable, said Patty, who was an agronomist with the USDA before she began farming full time.

"We just put an ad out listing our herd for sale," she said. "It's been a slow decline, kind of a slow death."

Southern Iowa organic dairy farmer Francis Thicke's strategy is to work with other farmers to create the Real Organic Project , an effort to create an additional label that will be placed on packaging to tell consumers that the products meet traditional organic standards. A pilot project this year will have 50 farms with products carrying the Real Organics label.

In addition to meeting USDA certification requirements, they must meet the project's standards, including that produce has been grown in soil and not hydroponically and that animals have access to the outdoors.

Thicke, who has been in organic farming since the 1970s, walks among 85 docile Jersey cows on his 730-acre Radiance Dairy farm near Fairfield as they lounge under a grove of trees on a sunny summer day, casually walking and grabbing mouthfuls of thick green grass. He sells 2,000 gallons of organic milk a week in the form of milk, cheese and yogurt to nearby restaurants, grocery stores and a private college.

"Basically, it's just bringing organic back to the roots that the pioneer organic farmers envisioned," Thicke said of the Real Organics label effort.