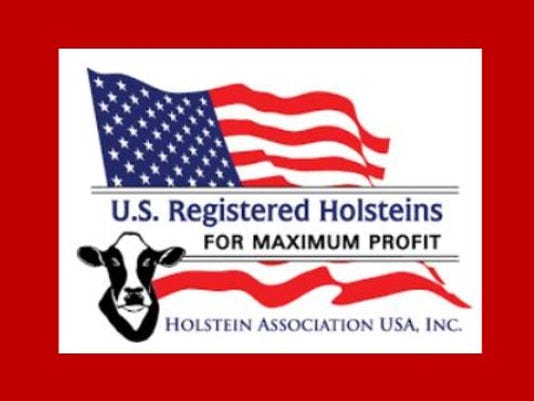 The awards, based on type and production, are designed to reward and encourage Junior members to continue their excellent Registered Holstein breeding programs. All eligible cows are automatically screened for these awards on an annual basis.

The National Star Performer Award recognizes well-rounded Holstein cows with exceptional milk and component production, as well as admirable classification scores. The cow must be bred and still currently owned by their Junior Holstein breeder; have an RHA of at least 87%; be enrolled in Holstein Association USA’s TriStarSM production records program; have a 305-day or less lactation completed in the last calendar year, producing at least 25,000 pounds milk; and be classified Very Good-85 or higher. Once the eligible cows are determined, they are ranked based on a formula: (Combined ME Fat and Protein + Age Adjusted Classification Score) x (Breed Average ME CFP/Breed Average Age Adjusted Score). Annually, ten cows are recognized with this honor, with the highest-ranking cow being designated as the National Junior Star Performer.

Continuing, the top 10 winners of this esteemed award for 2017 are:

National Cream of the Crop Award

The National Cream of the Crop Award recognizes the top 75 Junior-owned Registered Holstein cows that have produced the highest combined pounds of fat and protein during a 305-day lactation. To be eligible for this award, cows must meet the following criteria: be owned by a current Holstein Association USA Junior member; have an RHA of at least 87%; be enrolled in the TriStar production records program; and have a 305-day or less record of over 30,000 pounds of milk completed during the calendar year, with the entire lactation being completed while the animal is under youth ownership. Once the pool of eligible cows is determined, cows are ranked on total pounds of fat and protein produced during the lactation.

Junior members who own a cow which has produced over 150,000 pounds of milk in her lifetime are eligible to earn the National 150,000 Pound Cow award.

The National 200,000 Pound Cow award honors youth owning a cow who has produced 200,000 pounds of milk in her lifetime, entirely under the ownership of the youth. Receiving the award this year are James Buttles, Wis.; Connor Siemers, Wis.; and Jordan Siemers, Wis.