On vacant land across the street from this vacant building, a city Plan Commission report shows a developer could be gearing up to build 32 new condos along North 15th Street and near the Sheboygan River.(Photo: McLean Bennett/USA TODAY NETWORK-Wisconsin)

That’s where a new city document shows a 32-unit development could someday go: at a now-vacant former lumber yard along the Sheboygan River and near the cafe.

“This type of redevelopment is ideal as it directly borders both residential and commercial zoning districts,” reads a report this week to the city’s Plan Commission, which reviewed a proposal to rezone the property to make way for the possible project.

If eventually approved, the townhouse-style condos would sit just off the corner of North 15th Street and Niagara Avenue, putting the new housing near bustling Erie Avenue and just across the river from the park that hosts Sheboygan’s annual Brat Days event.

RELATED: 300 apartments being built downtown — is it enough?

Sokolowski, the city's planning and zoning manager, said he wasn’t sure what developments might take place on that property, which is dominated by a large industrial building that fronts heavily trafficked North 14th Street. 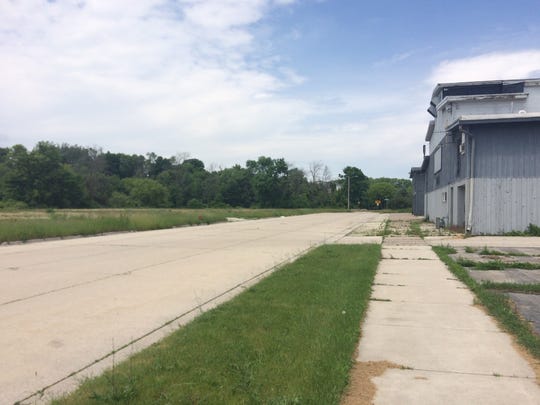 A city Plan Commission report shows a developer could be gearing up to build 32 new condos on currently vacant land along North 15th Street and near the Sheboygan River. (Photo: McLean Bennett/USA TODAY NETWORK-Wisconsin)

The commission report identifies the housing as condos, though Sokolowski on Wednesday said he wasn't sure whether the housing, if eventually approved, would be owner-occupied homes or rental units. He said those details could get cleared up later if the developer follows up with a more formal proposal.

Sheboygan’s Common Council still must approve the rezoning measure, Sokolowski said, and the developer would need to get a conditional use permit before construction could begin.

Still, if it gets off the ground, the project could fill a housing gap. In a report it released last year, the Sheboygan County Economic Development Corporation said the county's housing market could absorb more than 300 new condominium units, helping meet what the organization’s director at the time said was “unmet demand” for such housing.

"There's some good amenities with the river, it's got good access with (being) right on 14th," Sokolowski said, noting the city has eyed the land for a condo-like housing project for some time. "This certainly is an exciting opportunity to have that riverfront property potentially develop into that condominium project."