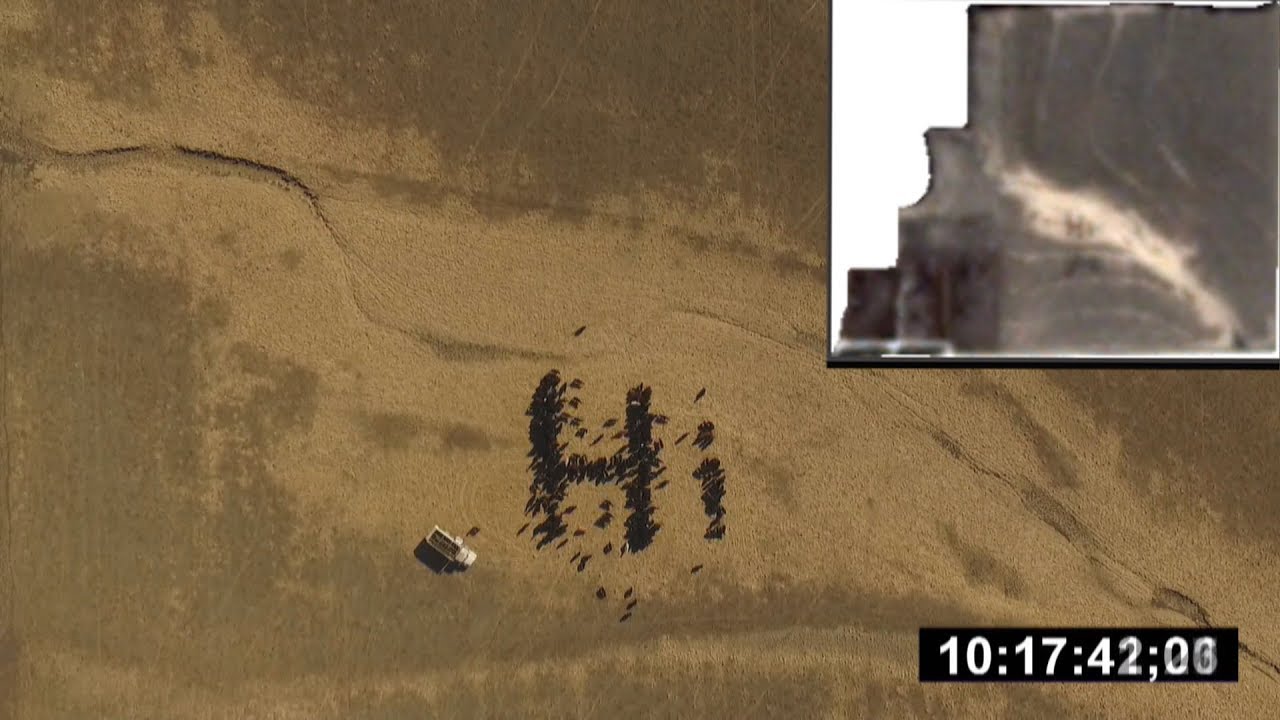 WICHITA, KS - A Kansas farmer famous for cow art has gathered about 300 of his cattle to say "hi" to SpaceX, the orbiting Tesla and its "driver" called Starman.

The Wichita Eagle reports that David Klingenberg is known for using his feed truck to move cattle into shapes before filming them with his drone.

In his latest video, "Cow Space Art," Klingenberg explains how he got the photo proving his cows could be seen from space.

Klingenberg gets daily satellite images of his farm from FarmersEdge, which uses Planet Labs satellites, he said in the video. There are almost 200 of these satellites orbiting about 260 miles above Earth, flying at 17,000 mph.

Even though he knew satellites would be there to take photos, he didn't know when. He used shadows to find out.

He looked at the shadow angles on the satellite images and compared them to the shadow of the 86-foot-tall grain elevator on his farm near Peabody in Marion County, the video explains. He estimated the satellite flies over between 10 and 10:30 a.m.

Klingenberg then fed the cows in a grassy area of a waterway in the largest cattle pen on his farm, filming it with his drone.

He wasn't far off in his time estimate. The satellite image mirrors his drone image from about 10:35 a.m. They show "hi" spelled out by the cattle, but many had moved to another area to graze.

"I had been waiting for good weather," Klingenberg said. "The problem was green grass was coming up in a brome area. They ate the silage — the feed — then they went to the green grass."

If the satellite had come over 20 minutes earlier, the "hi" spelled by the 300 cows would have looked even better, he said.

But it still worked, and on his first try.

Using satellite technology in agriculture is fairly new. This will be Klingenberg's first growing season with the satellites.

The satellites are intended, among other uses, to provide infrared images that show variations in fields and detect problems, such as weeds, Klingenberg said. Drones are also useful, but they can't legally fly over a certain height, and they aren't much help on a windy Kansas day.

Klingenberg said his videos show people what's going on behind the scenes of his farm, but they're also a creative outlet for him.

He said he got the idea for this video after FarmersEdge sponsored his YouTube channel, but the company didn't know he was going to use the satellites for cow art.

"Some people called me a genius," Klingenberg said. "And I responded back, 'The people who built that are the geniuses.'"

Klingenberg has also made farm-themed song parodies, such as a trombone serenade of his cattle with Lorde's "Royals."