Agricultural news from around the Midwest and beyond. 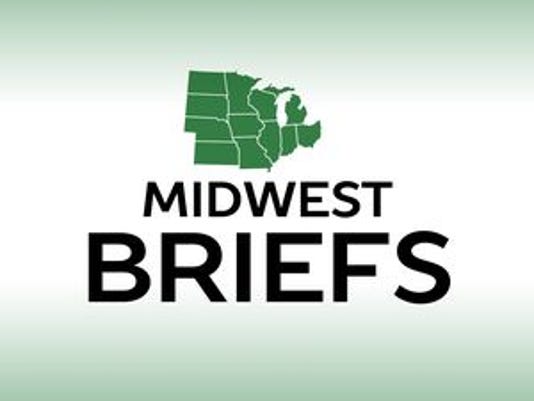 A recent study by Wisconsin researchers suggests that the failure of any of the 25 aging locks on the upper Mississippi River could result in nearly half a million truckloads of freight on highways between Minnesota and Missouri.

The study by researchers at the University of Wisconsin-Madison estimates that a shutdown of the river at Hannibal, Missouri, would require trucks to move over 12 million tons of grain during a nine-month shipping season, costing millions of dollars and damaging roads.

The La Crosse Tribune reports that most of the shipments would travel through southern Minnesota and Iowa, while a smaller amount would move through Wisconsin and Illinois, causing nearly $29 million in pavement damage.

The U.S. Army Corps of Engineers estimates the backlogged maintenance costs for locks and dams of the Mississippi and Illinois rivers totals to over $1 billion.

A Lake City farmer has been sentenced to 18 months in federal prison for committing fraud to get bank loans, crop insurance proceeds and ease a bankruptcy burden.
Federal prosecutors say 36-year-old Clint Devries was sentenced Wednesday after pleading guilty in September to two counts of making false statements and one count of bankruptcy fraud.

Prosecutors say he lied from 2013 through 2015 to a bank about the amount of crops he had in storage and other things to obtain farm operating loans. He later defaulted on more than $400,000 in loans from the bank.

Officials say he also lied to the Federal Crop Insurance Corporation to fraudulently obtain crop insurance proceeds, and that in 2015, he lied to a bankruptcy trustee about sales of his crops.

Leahy, a Democrat and vice chairman of the Senate Committee on Appropriations, pushed for the changes to be included in the federal budget deal signed by the president Friday, Feb. 9.

The margin protection program provides financial assistance to enrolled farmers when the gap between the milk price and the national average feed costs falls below the coverage levels picked by individual farmers.

The changes would reduce the premium costs, by 70 percent or more for some farmers, and make calculations and potential payments monthly, rather than bimonthly. They also direct the U.S. Agriculture secretary to reopen the sign-up period for calendar year 2018.

America’s Harvest Box, proposed in the president’s FY2019 budget request, is a step toward ensuring that Supplemental Nutrition Assistance Program (SNAP) participants get the grains, vegetables, beans, and fruit they need to stay healthy, says the nonprofit Physicians Committee for Responsible Medicine.

The budget request proposes that more than 80 percent of SNAP recipients would receive a monthly America’s Harvest Box with items such as juice, grains, ready-eat-cereals, pasta, peanut butter, beans, and canned fruits and vegetables, which would replace about half of their current SNAP benefits. The remaining SNAP benefits would go on debit cards to be used in grocery stores.

The Northern Plains Sustainable Agriculture Society is moving its winter conference from South Dakota to North Dakota next year.

The annual event, which also draws people from Minnesota, Wisconsin and Canada, has outgrown the Aberdeen hotel where it's been held for the past six years, the Aberdeen American News reported. It will be held in Fargo, North Dakota, in 2019.

This year's event, which was held late last month, drew about 580 people and 55 vendors, according to Jill Wald, a coordinator for the nonprofit, which promotes sustainable food systems.

The group's office manager, Susan Long, said that organizers had issues with dining, vendor and workshop space. Long also said that the distance from Aberdeen's hotels to the convention center wasn't ideal. Many attendees had to drive across town this year for hotel rooms due to overflow, which was difficult for those traveling with children.

The Aberdeen Convention and Visitors Bureau unsuccessfully tried to keep the conference in the city, according to executive director Casey Weismantel. He said the conference brings in about $140,000 for the city with the number of attendees this year.