Katherine Cramer, a University of Wisconsin-Madison political scientist traveled around the state doing research before writing her book. 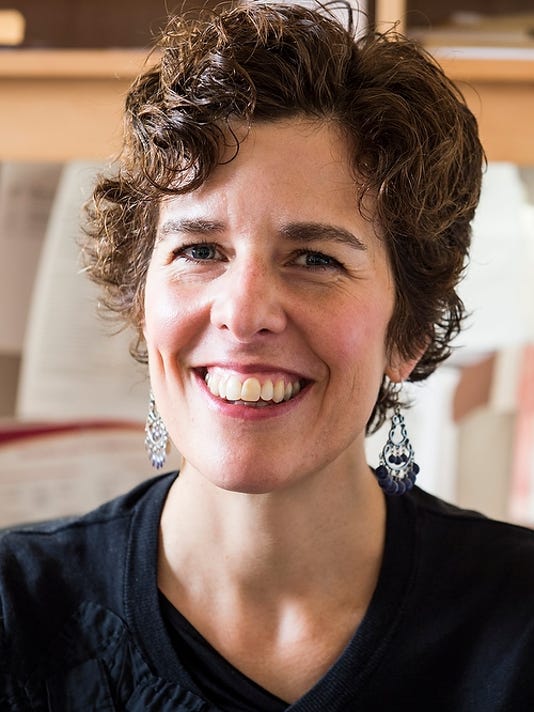 MADISON - For many residents of rural Wisconsin, there’s a resentment of urban and suburban citizens and a feeling that they are being left behind, which affects their political views. That was clear to Katherine Cramer, a University of Wisconsin-Madison political scientist who traveled around the state doing research before writing a book on the subject.

Cramer was the keynote speaker at the Jan. 25 Ag Outlook Forum in Madison where she talked candidly about her research and conclusions. They were published in her book last year, “The Politics of Resentment: Rural Consciousness in Wisconsin and the Rise of Scott Walker.”

A public opinion scholar, Cramer said she likes to look at how people are interpreting their world and looks specifically at social class identity and political understanding. Before writing her book she divided Wisconsin into regions on a map and then drove out to rural areas to talk to residents about their views. “I tried to find great places for pie and coffee,” she says, “and then I invited myself into their conversations.”

She looked for suggestions from University Extension offices, asking them where their local citizens go to visit with one another and came up with a list of diners, gas stations and sometimes places of worship. There were 27 communities she visited to chat with residents and went back from two to eight times to most of those locations. After her book was published she continued to go back and talk to some of the people she met during this process.

In all, she visited with 39 different groups all over the rural areas of Wisconsin. In some places she played dice games with the folks she met and even went to a horse auction. The typical person she made contact with was an older white male though at many places there was a good mix of men and women. She started by asking if she could join them and asked if they would tell her “what are the big concerns around here?”

That resentment sprang from the fact that they felt “decisions are made in Madison and come out to the rest of us,” she was told. In terms of resources and respect, the rural residents she talked to felt they “don’t get their fair share” and are on “the short end of the stick.”

Cramer says she often heard that “the people making the decisions don’t understand small town Wisconsin.” There’s a perception, in what she called the rural consciousness, of a “slow, simmering injustice.”

This resentment and sense of injustice, and mistrust of city people and the elite, was fertile ground for arguments against public employees when Gov. Scott Walker proposed to make changes to employee pensions and health care.

“They told me that they work hard and what they see is their hard-earned taxpayer dollars going to people who do not deserve them,” she said. The perception of who is working hard has also been fertile ground for massive changes in government because those she talked to perceive of government as “urban, run by people who ignore us and disrespect us.”

Since she traveled to many locations around the state, the type of agriculture was varied in the different communities. There was a mix of attitudes toward farming, she noted. “They have a deep pride in rural life and that is perhaps intertwined with farming in many cases.” But in some communities, farmers with larger operations are seen as the “elite” and some of those she talked to objected to what they saw as large farm subsidies going to some farmers.

“In some communities I heard a lot of tension between small, family-owned farms and larger farming operations.”

Part of Cramer’s research was to get at rural residents’ attitudes toward the UW system and she asked them what they believed the UW does well. They mentioned sports teams and the UW Marching Band as well as the UW Hospital, UW-Extension and stem cell research.

They gave the UW low marks on admissions (too hard to get in) and the cost of tuition (too high) and perceived there was “too much partying” among students. They also said that faculty members were lazy, liberal and elitist, complaining that people like Cramer “make a lot of money, have health insurance and a pension.”

She noted that these views were in place before the Great Recession hit the U.S. and Wisconsin economy when she did her traveling around the state countryside. Many of the people she talked with pointed to their boarded up Main Street businesses, even before the recession.

Since that time, metropolitan jobs have come back but jobs haven’t returned as substantially in rural areas, she said. Median household income is lower in rural areas and there is a percentage of the population there that is below the poverty line.  “There is also a wide swath of the country where people have a difficult time getting on the internet.”

When Scott Walker won election as governor and created Act 10, these rural residents opinion was “it’s about time” because they had a desire for less government. Sometimes that was a principled stand and sometimes it was a desire to have their position listened to and respected, she added.

At the Forum, Cramer told the audience of farmers, ag economists and ag lenders that she thought maybe agriculture could be a way to bridge the rural/urban divide as urban citizens are becoming more interested in local food and farms where their food is produced. She admitted that younger people – those in their 20s and 30s – were not well represented in her rural community visits and are a big missing part of the research that went into her book.

Because of lack of broadband in many areas, she said she didn’t find social media to be a very big deal in rural Wisconsin and it certainly isn’t as big a fact of life as it may be for residents in Madison and Milwaukee. Talk radio and Wisconsin Public Radio were cited by the rural residents as a huge source of information.

When Donald Trump carried Wisconsin, Cramer said she was “far less surprised” than other people in the room because she saw the growing sentiment in rural areas that helped carry him to the White House.

Tessa Conroy, an assistant professor in the UW-Madison’s Department of Agricultural and Applied Economics, works with community development and agreed that since the Great Recession rural areas have yet to recover to pre-recession job levels. “They were hit harder with job losses and have had a poorer recovery.”

In rural communities public sector jobs in schools, post offices and roads departments are more significant for employment than they are in urban areas. Manufacturing is a success story in Wisconsin in terms of output and productivity, Conroy said, but companies are finding ways to be more productive with less labor, which means fewer jobs.

She noted that rural areas are “surprisingly entrepreneurial” and the five-year survival rate for the businesses they start stands at 74 percent. “It is much lower in urban areas.”