A 6-year-old boy is facing a series of surgeries after his leg was seriously injured when he tried to climb into a skid steer on his family's farm. 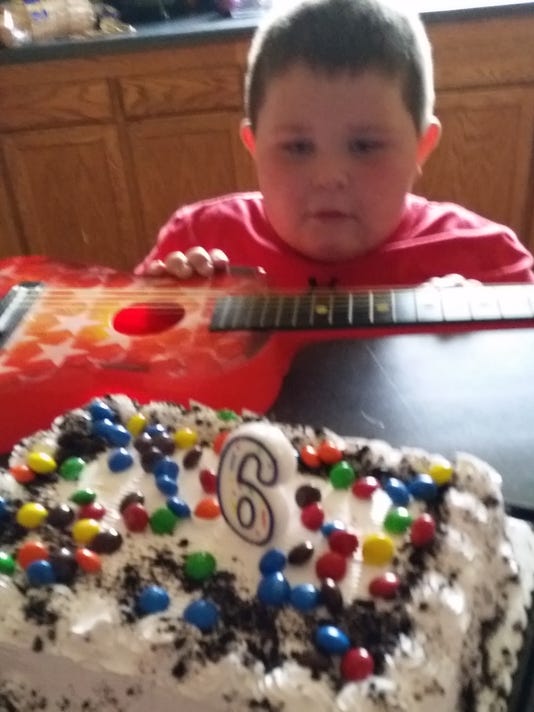 OGDENSBURG - A 6-year-old boy is facing weeks of surgeries after his leg was seriously injured Friday when he tried to climb into a skid steer on his family's farm.

Kindergartner Cullen Schachtschneider and his dad are at Children's Hospital of Wisconsin in Milwaukee, where he was undergoing his second surgery Monday afternoon, his mom Amanda Smith told USA TODAY NETWORK-Wisconsin. She thinks the pair will be there a long time as doctors work on his lower left leg, which got caught in the farm equipment.

Smith described her third-oldest son as a consistently upbeat child with a knowledge of dinosaurs and a love of the guitar. Even at the hospital now, she said, he's been finding the bright side.

He's also got a way of saying the right thing at the right time, she said; he told his father, who was parking the skid steer at the time and has been wracked with guilt, that he forgave him for the incident.

Smith didn't believe it at first when she got the call at work from the Waupaca County Sheriff's Department. They told her to come home because there had been a bad accident involving one of her children, she said.

Cullen was flown to ThedaCare Regional Medical Center-Neenah and then to Milwaukee, she said.

Smith stayed in the Fox Valley to care for the couple's other four sons and the farm and to continue working her other jobs. Her friend set up a GoFundMe account with a $5,000 goal to help with medical and family expenses and has helped care for the couple's children while Smith works and milks the approximately 40 cows they have.

"I think it finally hit me early hours on Sunday,” she said.