Spaghetti & Meatballs Mozzarella Sticks from Albanese’s Roadhouse - spaghetti and meatballs wrapped in a wonton with mozzarella, deep-fried and served with red sauce - is a finalist in the 2017 Sporkies competition at the Wisconsin State Fair. Wisconsin State Fair
Fullscreen 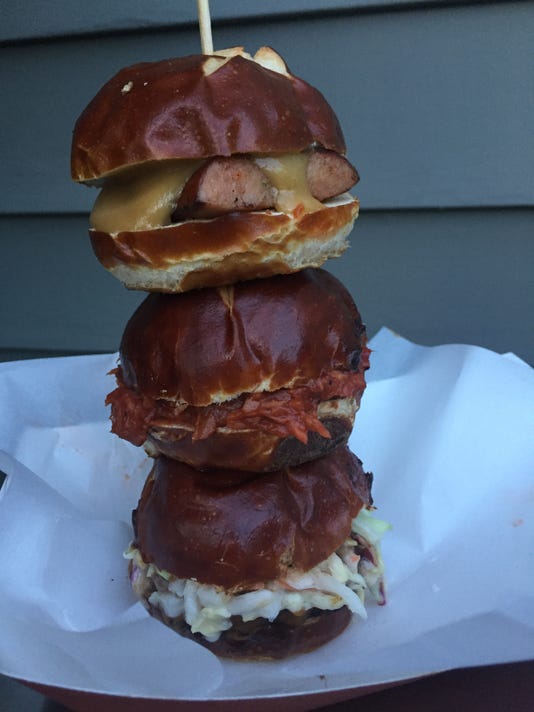 Some have bacon. Others have cinnamon. A couple are served on a stick.

And all of them will be on the menu at the 2017 Wisconsin State Fair.

The 31 entries in the fair's fifth annual Sporkies competition, unveiled Monday, run the gamut from A to Y — from All American Grilled Breakfast Sandwich to Yard Bird Nachos.

The eight finalists in this year's Sporkies battle will square off in a competition judged by local celebrities at the fair on Aug. 9. Fairgoers will vote for a fairgoers' favorite during the first six days of the fair, which runs Aug. 3-13 at State Fair Park in West Allis.

Drumstick roll, please for the finalists (descriptions courtesy the fair):