MADISON - The Wisconsin FFA Foundation has raised $483,010 in total gifts and sponsorships during the 2016-17 Campaign Year, which was announced during the 88th Wisconsin FFA Convention last month.

The annual event was held June 12 - 15 in Madison, bringing together nearly 3,600 FFA members, advisors, school officials, parents, as well as many generous donors of the Foundation. Ciera Ballmer of Clinton was named as the 2017-18 Wisconsin Association of FFA president at the convention. She will lead her team throughout the state in the next year, speaking and mentoring to the 20,864 FFA members, which is a 38-year membership high.

“The Wisconsin FFA Convention is the culmination of a year’s worth of dreams and achievements, as demonstrated by more than 20,000 FFA members across the state,” says Amber Vickers Keller, past president of the Wisconsin FFA Foundation. “We celebrate our youth in the ‘Blue and Gold’, and their hard work and perseverance for growth and innovation. With the support of educators, families, FFA Alumni members, supporters and donors, we are certainly creating a brighter future for all! Thank you, donors and supporters, for your belief in the future of agriculture and the FFA.”

The Foundation also introduced its 2017-18 board of directors during the recent FFA convention, saying goodbye to and also welcoming two new members. Nick Hemling, director of Operations at ANIMART, served as the Board treasurer and is retiring from his position along with Lori Lulich, a Sales and Solutions manager with Purple Cow Organics, who served as the board president in 2014-15. 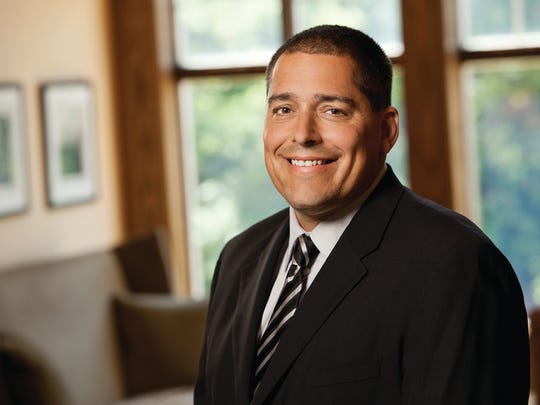 New Foundation board member Chris Schneider is employed as the vice president of Agricultural Banking at Investors Community Bank in Manitowoc, but hails from a family dairy farm in Hilbert. He lives in Kaukauna with his wife and four children.

Janet Schneider also joins the board of directors, and is the AgEdNet.com manager at Stewart-Peterson, Inc. located in West Bend. She previously served as the president of the 2015-16 Wisconsin FFA Alumni Association Council, and lives in Saint Cloud, near Fond du Lac. She has three children and two grandchildren.

“As we mark the 100-year anniversary of the Smith-Hughes Act and its promotion of vocational agricultural education, it's heartening to see the continued support of FFA and agricultural education from our many individual and industry partners across the state,” says John Hromyak, Wisconsin FFA Foundation executive director. “With the industry facing continued challenges, their investments are invaluable to the future of Wisconsin agriculture.”

The newly elected group is responsible for the fiscal health of the organization, and makes operational as well as strategic decisions in guiding the Foundation’s efforts and future.