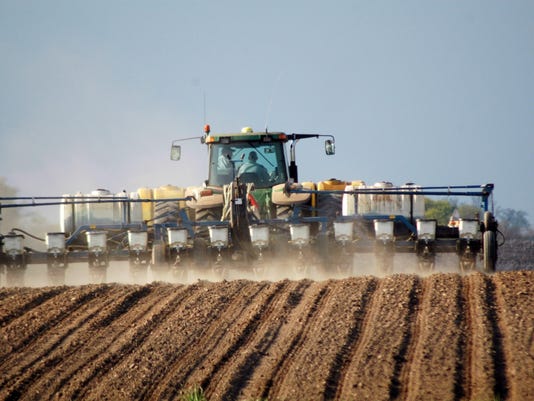 "Amazing what three days of sunshine and warm temperatures can do," the Walworth County reporter said in the "Wisconsin Crop Progress & Condition Report" for the week ending June 4.

Planting and haying chugged along with 5.1 days suitable for fieldwork as May ended and the calendar flipped to June. Many producers, especially dairies, paused planting activities to cut the first crop of hay while conditions were favorable for baling.

In Dodge County, farmers took advantage of the welcome string of warm, dry days to make a lot of haylage and, the reporter noted, even some dry bales.

Waupaca and Outagamie counties also made good progress harvesting alfalfa, but reported quantity is less than normal as a result of the cool spring weather.

By Sunday, 54 percent of the state's first cutting of alfalfa was off the field.

The report pegged the condition of all hay at 75 percent good to excellent, three percentage points higher than the previous week.

Growers were wrapping up this year's oats planting, while corn, soybean and vegetable planting surged ahead. "We only had one inch of rain this week, so everyone who could was busy in the fields trying to get things done," the Rusk County reporter said.

As of June 4, spring tillage was 94 percent complete statewide, equal to the five-year average.

In Crawford County, farmers used the dry window to complete their corn planting and move straight into planting soybeans.

Many fields in the Kickapoo River bottom continue to have standing water and 2016 corn standing not harvested as a result of last year's flooding, as well as some soybeans, the reporter added. "Not sure what will happen to those fields," he said.

Oats planting was 96 percent complete, three days behind the average, with 87 percent of oats emerged, 10 days behind last year and four days lagging the average.

Chippewa County, the sunny conditions and less than an inch of rainfall during the week allowed a lot of field work to be completed in Chippewa County. "The warm temperatures moved crop progress along, but also weed growth," that reporter observed.

The report observed that crop conditions improved as temperatures climbed, ending the week in the 80s and 90s. La Crosse topped out at 97 degrees, while Eau Claire hit 90 and Madison made it to 87 degrees.

The report rated 68 percent of corn in good to excellent condition, as well as 75 percent of oats and 72 percent of potatoes.

In Florence County, the early rains and heat throughout the week had hay and pastures looking good, the reporter said.

Statewide, 83 percent of pastures were in good to excellent condition, as was 71 percent of winter wheat, with 29 percent of the crop headed, five days behind last year.

Soil conditions also improved, allowing state farmers to fill in spots that were too wet to plant earlier in the season.

In Buffalo and Pepin counties, some spotty hail fell in isolated thunderstorms over the weekend.

In Calumet County, rainfall limited fieldwork and redrenched fields. "There are areas of standing water again," the reporter said. "We did have a couple days of warmer temperatures and sunshine, which has helped. We could use a few more of these days."