Inviting farmers to the White House

Inviting farmers to the White House 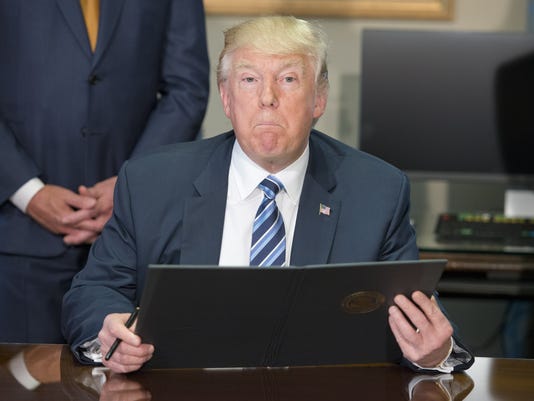 WASHINGTON - President Trump will turn to one of his favorite executive tools — the 180-day report — to look for ways to boost rural America, signing an executive order Tuesday for his newly confirmed secretary of Agriculture.

Trump will sign the executive order while meeting at the White House with 15 farmers from around the country. While the order is expected to look at an array of rural development issues — including housing, utilities and broadband access — the emphasis will be on the American farmer, aides said.

President Trump is taking some time out of his day to meet with some farmers. Josh King has the story (@abridgetoland).

The executive order will abolish President Obama's White House Rural Council, and replace it with a task force led by Secretary of Agriculture Sonny Perdue, who was confirmed on Monday. That task force will report back on policy recommendations within 180 days.

Trump has signed similar orders on trade, taxes and the environment. But he's expected to step up the pace this week as he approaches his 100th day in office with new orders focusing on agriculture, veterans and energy.