Dane County, UW studying nutrients that have been in streams for decades

For several years Dane County has supported the building of manure digesters as one way to reduce phosphorus runoff to streams and lakes. Two community digesters serving multiple dairy farms, have been built in the county, including this one near Middleton. Now the county is going to attempt a multi-year project to remove phosphorus from streams that has built up over decades and remains there in sediment.(Photo: Jan Shepel)

WAUNAKEE - While farmers may be doing all they can to reduce phosphorus runoff to the streams and lakes in a watershed, some new southern Wisconsin research is finding that there may be a phosphorus problem lurking at the bottom of water bodies. Tackling that problem might require different tools.

Kyle Minks, a conservation and nutrient management specialist with Dane County Land and Water Resources, outlined a study in Dorn Creek in his county that may lead to some new ideas for reducing what is now being called “legacy” phosphorus – a plant nutrient that, in the wrong places, can foul lakes and streams with algae.

During the 1990s and beyond, a majority of farm facilities in the watershed were adapted to meet new conservation practices in order to reduce phosphorus, namely reduce manure runoff to water bodies, Minks said. Of the 6,000 acres of cropland in that watershed, he said, 5,400 acres were covered by conservations plans. Practices to reduce nutrient loss were implemented on 90 percent of the acres.

In his study of the watershed, Minks said that over 75 percent of the crop acres had plans he could study. Phosphorus index ratings were low, and so were the numbers for “tolerable” soil loss (T).

That phosphorus came from fertilizer, manure and soil particles over years and decades when it wasn’t used by the crops that were planted on those fields or when it ran off too fast for plants to use it.

The research project, which was a collaboration between the Dane County conservation staff and staff from the Department of Natural Resources, cleared a 250-foot section of 43 cubic yards of material from the creek bottom, yielding 600 pounds of phosphorus. 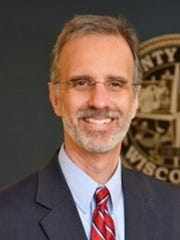 That pilot effort led Dane County Executive Joe Parisi to make a 2017 budget proposal to fund a comprehensive effort to remove this phosphorus-laden sediment from the bottom of 33 miles of streams that lead to Lake Mendota – Madison’s signature lake.

In tandem with additional conservation efforts done in cooperation with farmers, it is projected that Parisi’s $12 million initiative (over four years) will eliminate 870,000 pounds of algae-growing “legacy” phosphorus. (The County Board’s Land Conservation Committee will need to approve the proposal before it goes forward.)

Yahara Pride Farms is a group of farmers who are voluntarily embracing conservation practices like the planting of cover crops, low-disturbance manure injection and no-till planting methods as a way to improve water quality in the watershed. Help in these efforts – including cost-share funding -- comes from a number of supporters, including environmental groups.

Parisi told conference attendees that their efforts have been a “game changer” and he believes it is important to continue to support farmers who are an important economic engine for the county.

Minks’ report to the watershed’s farmers came at about the same time that research on the Yahara watershed’s phosphorus legacy was getting published in the journal “Ecosystems” (March 13.)

That study, from researchers at the University of Wisconsin, also talked about the legacy of abundant soil phosphorus in the Yahara watershed — an area just north of Madison — and its long-lasting impact on water quality. 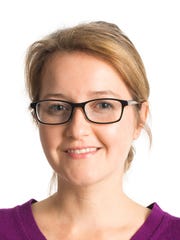 Melissa Motew, the study’s lead author and a Ph.D. candidate in the UW-Madison Nelson Institute for Environmental Studies and co-author Christopher Kucharik, professor in the UW-Madison Department of Agronomy, said their study may be the first to provide numbers showing that eliminating legacy phosphorus might be a critical factor in getting water quality improvements.

Preventing new phosphorus from going onto the landscape and “mining” the excess that has built up are both going to be needed, the authors concluded. For a long time scientists have placed much of the blame for algae blooms and stinky lake water on phosphorus.

Phosphorus will continue to build up if it gets applied at a greater rate than it can be removed by crops, the research concluded. Farmers’ efforts, like no-tilling and planting cover crops, have helped slow phosphorus movement from soils into streams and lakes. However, the study concluded that this over-abundant soil phosphorus could override those on-farm conservation efforts.

Kucharik and Motew used new computer models to show that this watershed has about four times more phosphorus in its soil than is recommended by state nutrient management recommendations for growing agronomic crops. Risk of large runoff events can further diminish water quality. They concluded that reducing the surplus could mitigate this risk.

The scientists concluded that support for manure digesters — as Dane County has done with two facilities — and removal of phosphorus from lake and stream sediment are two things that would be beneficial for reducing concentrations over the long term.

The state-of-the-art computer models, which they developed for the study, allowed them to identify direct relationships between soil phosphorus and water quality.

Motew said it has long been known that too much phosphorus is bad for water quality, but added that the new computer models allowed them to quantify just what that relationship is.

Their research is part of UW-Madison’s Water Sustainability and Climate project and is funded by the National Science Foundation.