Joe and Lorraine bought their first dairy cows, and the herd grew from within.

Steve Steffens fills in farm tour participants on how the family made the transition to a robotic dairy.(Photo: Dan Hansen)

Seymour - In 1971, at age 24, Joe Steffens bought an 80-acre farm on Mullen Road, south of Seymour. A year later he and Lorraine were married, and the couple began to grow their farming operation.

The farm continues to grow today as a robotic dairy with the help of sons Steve and Dan, and was featured on the recent Cow College tour of cutting-edge dairy farms in Outagamie County.

Joe and Lorraine bought their first dairy cows, and the herd grew from within. Over the years, additional land was purchased and several new building were constructed. The farm grew to 240 acres, the original 32-cow tie-stall barn was expanded to 64 stalls and the freestall shed was built. Two 20- by 70-foot concrete silos were erected, and a machine shed and new home also were built. 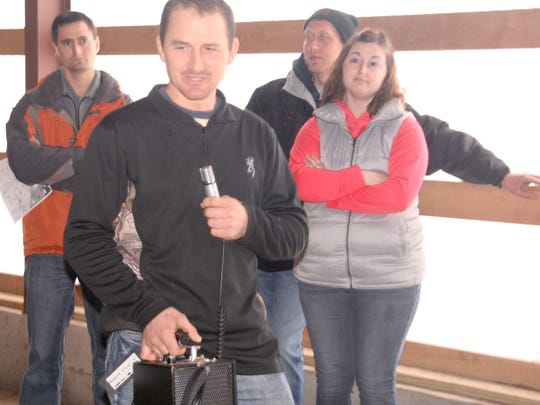 Dan Steffens highlighted some of the features of the 120-cow freestall barn that has a lower ridge for improved tunnel ventilation and cow comfort. (Photo: Dan Hansen) 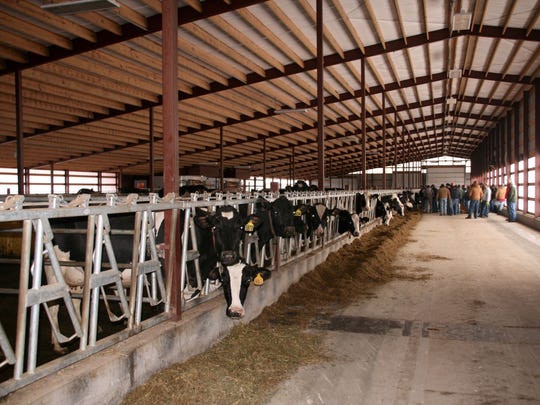 Dan Steffens highlighted some of the features of the 120-cow freestall barn that has a lower ridge for improved tunnel ventilation and cow comfort. (Photo: Dan Hansen)

Sons Steve and Dan also were actively, involved in the farm’s operation, although both held full-time jobs off the farm.

In January 2003, Joe was diagnosed with a brain tumor and passed away in April 2004. With Joe’s passing, Steve and Dan took on a larger role in the farm’s management and operation while continuing to work at their other jobs.

For the next 10 years Lorraine, Steve and Dan were able to keep the farm operating successfully without the need to hire outside help. They handled all the fieldwork, maintained machinery and other equipment and milked their dairy herd twice a day.

“We put in some long days and even longer nights to get everything done,” said Steve.

Finally in 2014 Steffens Dairy Farm LLC was established, and Steve and Dan quit their off-farm jobs and became full-time partners with Lorraine.
Their first improvement was buying a Patz portable mixer to provide their herd with a balanced ration. “Soon after that we saw a substantial increase in milk production,” he remarked.

After a lot of discussion and research, the Steffens decided to install two Lely automatic milking units. “Now we we’re able to milk three times a day without hiring any outside help,” Steve emphasized.

A Lely Juno robotic feed pusher was added to ensure the herd always had a supply of quality feed readily available.

“To make sure the cows remained clean and calm, we finished of the barn by installing a Patz alley scraper,” he noted. “Milk production has been continually increasing, our somatic cell count is down, and our conception rates remain high thanks to the heat detection information provided by the robotic milking system.”

Their herd is currently just over 100 cows, 60 percent of which are heifers. Milk production has increased 17 percent since the robotic units have been in operation. Butterfat is 3.7 and protein at 3.1. Cows average of 3.2 trips to the robots each day. The seven-day average is nearly 82 pounds of milk per cow, with the top cow producing 137 pounds.

For the past three years they’ve been breeding their heifers with sexed semen to help grow their dairy herd more quickly. They’ve also temporarily broken their tradition of running a closed herd.

“We been adding only around four or five animals at a time so that we can work them into the herd easier,” Steffens said. “Once we reach the capacity of the barn, which we hope will be within the next year, we plan to go back to a closed herd.”

Currently, the Steffens’ family is also remodeling their old tie-stall barn to house young calves, heifers and dry cows as their robotic dairy continues to evolve at a steady pace.