Conservation issues are for everyone, not just large farms 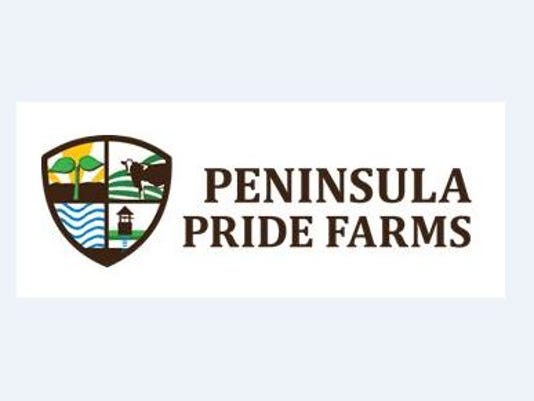 MADISON - While attending the Dairy Strong conference in January 2016, Don Niles never imagined sitting on the stage one year later talking about the successful launch and early success of a farmer-led conservation group in Kewaunee and southern Door counties.

“Peninsula Pride (Farms) all got started here. I was hearing what Yahara Pride Farms was doing and started talking with some people and, with help from the Dairy Business Association, it just blossomed from there,” Niles, president of Peninsula Pride Farms, told an audience at Dairy Strong 2017: The Journey Forward on Jan. 19 at the Monona Terrace Community & Convention Center.

Peninsula Pride, which launched in March 2016 as a nonprofit organization, already has 43 members with farms ranging in size from 60 to 6,000 cows. Niles is a partner in one of those farms, Dairy Dreams, located in Casco and home to 2,850 milking cows. Crop farmers and a number of other agriculture-related businesses also are represented.

Peninsula Pride’s vision is for clean and safe water along with a successful agricultural community, Niles said. Kewaunee County has the highest cow density of any county east of the Rocky Mountains. Its high cow population coupled with the unique karst geology of the region pose challenges because fertilizers, including manure, can more easily seep through and enter the groundwater, said Dennis Frame of Timber Ridge Consulting, who has helped Peninsula Pride.

“These aren’t issues related to the size of the farm; these conservation issues are for everyone,” said Frame, who designed the Discovery Farms Program while at the University of Wisconsin.

Niles highlighted a few of the activities of the young group:

The response to Peninsula Pride Farms’ launch was so strong that the group limited its membership to 43. New members will be accepted at its first annual meeting this month. “We didn’t want to get overwhelmed since we wanted to do formal assessments of our members’ nutrient management plans,” Niles said. “We have had a great response since so many farmers are concerned about conservation issues.”

Frame said groups like Peninsula Pride Farms and Yahara Pride Farms, which launched in Dane County in 2011, are growing across Wisconsin, especially now that the state has grants in place to help farmer-led organizations.

When starting such a group, Frame said, it is important to have a conservation organization at the table working with the farmers. For example, Peninsula Pride works with The Nature Conservancy.

“The whole organization and its plans are all about getting a solution and finding ways to get there,” said John Nelson, a retired project manager with The Nature Conservatory. “When you launched Water Well, that really sent a message to everyone in the community about how serious you were about what you were doing.”

“There are a lot of resources available for farmers, and if there’s not something in your county, talk with your Extension agent and they may be able to help you connect with someone,” Patton said. “I went over to Kewaunee County and helped there and the Kewaunee agent has done some things in Shawano. We’re all working towards the same goal – preserving our natural resources.”