Wisconsin beekeepers recognized for achievements in the beekeeping industry. 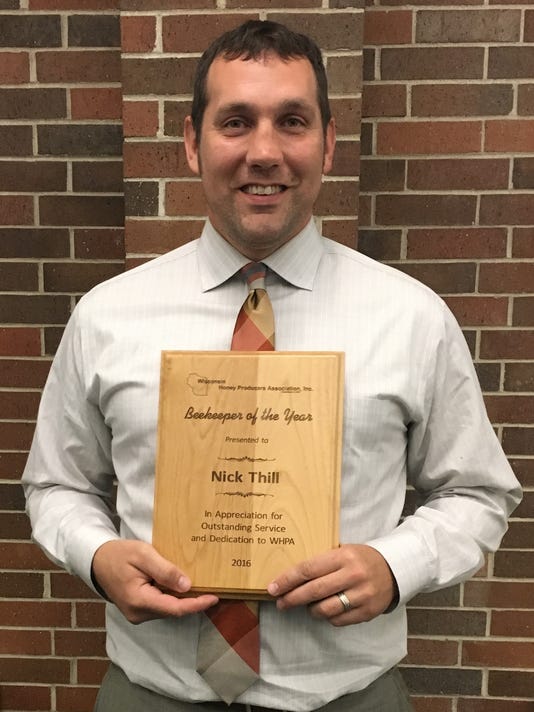 Nick Thill of West Bend, WI was honored as the 2016 Beekeeper of the Year.(Photo: Submitted)

The convention drew over 120 beekeepers from around the state and featured keynote speakers Dave Westervelt, Assistant Chief of Apiary Inspection for the State of Florida; Emily Brown, owner of AZ Queen Bee in Scottsdale, AZ, a chemical-free beekeeping, honey, and bee removal operation and member of the Board of Directors for the American Beekeeping Federation; and Dr. Rebecca Masterman, the Associate Program Director for the University of Minnesota Bee Squad in conjunction with Dr. Marla Spivak’s UMN Bee Lab. Also during the convention, Emily Schalla, of West Bend was crowned the 2016 WI Honey Queen.

Also during the convention, an elite group of beekeepers were honored for their achievements in the beekeeping industry.

Beekeeper of the Year

Nick Thill of West Bend, WI was honored as the 2016 Beekeeper of the Year. Owner and operator of Honey Grove Apiaries, Thill began beekeeping at the age of 12, working alongside his aunt, Margaret Ahlers, who founded the business in 1956. Thill took over the operation in 2013 and runs about 200 hives throughout southeastern Wisconsin. Thill chairs the WHPA’s State Fair committee where Wisconsin honey and products from the hive are sold at the Wisconsin State Fair.

Wally and Lois Nass, of Watertown were presented with the Pioneer Award for their service and leadership in state and local beekeeping organizations. 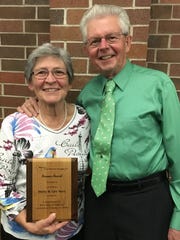 Wally and Lois Nass, of Watertown were presented with the Pioneer Award (Photo: Submitted)

Peter Underwood of Whitewater received the Education Award for his advocacy and education of local beekeeping. 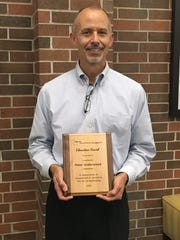 Dave and Sandy Marcy of Waupaca were presented with the Appreciation Award for their support and leadership with the state honey queen program. 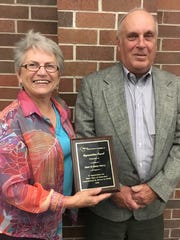 Dave and Sandy Marcy of Waupaca were presented with the Appreciation Award (Photo: Submitted)

American Honey Queen Kimberly Kester was presented with a Special Recognition Award for her service in representing the honey and beekeeping industry across the United States. The Rock County Beekeepers Association were honored with the Service Award. 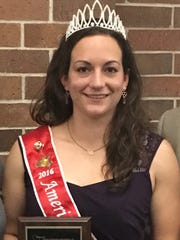 Katrina Pokorny of Waupun and Natalie Abbott of Chippewa Falls were recognized with the Youth Award. Pokorny, a member of Waupun FFA and Achievers 4-H Club has developed her own business, “Sassy Kat’s Bees Wax,” selling lip balms, scented hand creams and honey soaps. She also serves as co-editor of a monthly newsletter for the Dodge-Jefferson County Beekeepers and volunteers at the state and county fair to educate and promote honey. 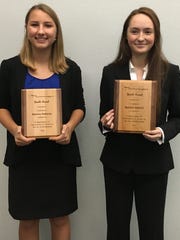 Katrina Pokorny of Waupun (left) and Natalie Abbott of Chippewa Falls were recognized with the Youth Award (Photo: Submitted)

Abbott, owner of West Hill Honey was also honored for her entrepreneurial achievements and service to the Wisconsin Honey Producers, despite her apiary being wiped out in a 2015 bear attack.

The convention also featured a Kids & Bees Expo that attracted families from around the area to learn more about honey bees with live observation hive and hands-on learning activities. For more information about the WHPA, visit www.wihoney.org or like them on Facebook at Wisconsin Honey Producers Association.

Kids & Bees Expo that attracted families from around the area to learn more about honey bees with live observation hive and hands-on learning activities. (Photo: Submitted)