Ag site for potato seed experiments in limbo over nematodes 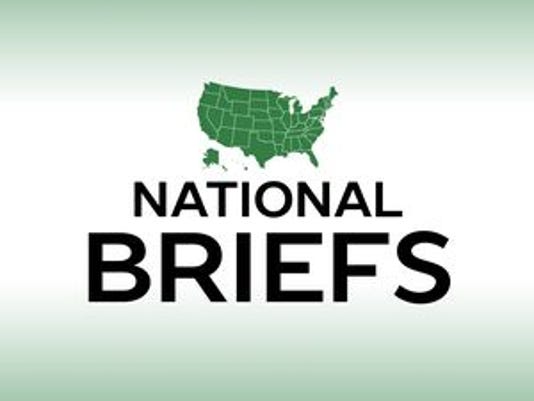 Ag site for potato seed experiments in limbo over nematodes

The future of an agricultural research farm in Powell Butte is in limbo as state officials decide what to do with the land.

The Bend Bulletin reports that (http://bit.ly/2fciASo) the 80-acre site was primarily used by Oregon State University to experiment with potato seeds.

But it was shut down in 2010 after a nematode -- a roundworm that lives on plants -- was discovered that could threaten potato crops.

If funded, potential treatments at Powell Butte would include fumigating the ground with a proven pesticide, applying mustard meal that kills the nematode or planting nematode-resistant potatoes.

The Vermont Agency of Agriculture, Food & Markets is awarding more than $237,000 for seven projects to benefit specialty crop producers.

The seven grants range from $18,000 for Upstream Ag/Pitchfork Farm to develop a food-grade leafy greens spinner and wash-line kit to $20,000 to Vermont Fresh Network to increase the competitiveness of the Vermont wines in restaurants.

The grants are funded through the USDA Agricultural Marketing Service's Specialty Crop Block Grant Program, and leverage an additional $167,000 in matching funds.

A test crop suggests small growers in Vermont might want to set aside space for the purple flowers that produce saffron.

The exotic spice, almost all of which is imported, sells for $16-20 per gram in grocery stores. That's roughly $500 per ounce.

The Burlington Free Press reports (http://bfpne.ws/2fbuBaC) that the quality and quantity of a test crop in St. Alban suggests it could be profitable in Vermont.

University of Vermont Professor Margaret Skinner says the saffron grown in St. Albans stacks up favorably in potency and in yield to top-grade batches from Iran, the world's top producer. She called it a "high-value product" that doesn't require much effort to get started.

Despite the objections of some Shelby County residents, LG&E and KU Energy are moving forward with plans to construct Kentucky's second "community solar" farm.

The Courier-Journal (http://cjky.it/2eNNzDS ) reports that the Kentucky Public Service Commission has rejected complaints about the proposed 35-acre, 4-megawatt solar farm's proposed location and granted the utility's request to offer a new sun-powered option to electricity customers.

Residents had said the 12,000 solar panels along Interstate 64 would be an "eyesore."

PSC Executive Director Talina Matthews wrote in an order posted online Friday that the commission doesn't have jurisdiction over its location because the facility will produce less than 10 megawatts of power.

Community solar allows customers to pay into a solar array and receive credit on their bills for electricity generated from the solar panels.