On average, Wisconsin residents pay $5.50 for 1,000 gallons of tap water, according to the PSC 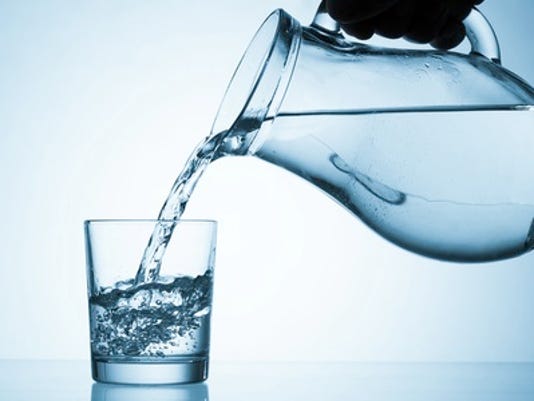 Wisconsin's public drinking water systems continued to provide safe and affordable drinking water in 2015 with more than 96 percent of the systems meeting all health-based standards.(Photo: Supplied)

Wisconsin's public drinking water systems continued to provide safe and affordable drinking water in 2015 with more than 96 percent of the systems meeting all health-based standards, according to an annual report on drinking water by the Wisconsin Department of Natural Resources.

Together, the 96 percent of water systems with no samples exceeding health-based standards for regulated contaminants represented a slight improvement over the 95.5 percent performance of 2014, said Steve Ales, deputy director for DNR's Bureau of Drinking Water and Groundwater.

Wisconsin has 11,470 public water systems, defined as providing water for human consumption to at least 15 service connections or regularly serving an average of at least 25 people a day for at least 60 days per year.

Throughout 2015, communities continued their efforts to reinvest in public water system upgrades. In all, 22 communities received more than $35 million in assistance for drinking water system infrastructure improvements, of which $32.9 million was low interest loans. The low interest loans can provide a cost savings of up to 30 percent to communities, enabling them to address challenges more quickly and economically.

"Access to safe, affordable drinking water is fundamental to public health and economic development, and the state of Wisconsin is committed to supporting public water systems in providing safe drinking water," said DNR Secretary Cathy Stepp. "We are pleased to see continued upgrades of community water systems and an ongoing commitment to the stringent monitoring and testing requirements that ensure this high level of performance."

In other highlights of the 2015 report:
Fewer formal enforcement actions were needed in 2015 than in 2014. This improvement is due to DNR's work in previous years establishing long-term agreements with public water systems for correcting violations and improved efforts to address violations in a timely manner.
Monitoring and reporting violations represent the area where public water system performance needs the most improvement, yet this area also recorded improvement from the 2014 numbers. In 2015, DNR worked to address 518 monitoring and reporting violations, down from 777 in 2014. The decrease resulted mainly because public water systems did a better job providing notice of test results to customers who took a sample for lead.
In 2015, DNR's drinking and groundwater bureau had the equivalent of 74 full-time staff working with the state's 11,470 public water systems. Staff conducted 2,675 inspections of the water source, facilities, equipment, operation and maintenance at public water systems - an important effort to prevent and identify any problems before a health-based violation occurs.
It is important to note that a violation of a health-based standard does not mean that people who drank the water experienced adverse health effects; it means users were exposed to a contaminant at a level deemed by U.S. EPA to pose an unreasonable risk to health, or that the system failed to treat its water to the extent necessary.

In cases where a system does not meet all health based standards, the system is required to notify the public. If the exceedance could represent an acute risk, the public water system takes appropriate measures to minimize the risk including taking a well offline or finding an alternative remedy.

To learn more, visit DNR.wi.gov and search "drinking water." The annual report can be found at "annual drinking water report."