Deteriorating agriculture credit conditions and its ensuing stress on struggling farmers was a recurrent theme in the latest update released last week by Federal Reserve Bank of Chicago.

Using input from agricultural bankers across the Seventh Federal Reserve District, the report provides updates regarding farm income, farmland values and agricultural credit conditions from the fourth quarter of 2018.

David Oppedahl, a Senior Business Economist at the Chicago Fed says in the February edition of the AgLetter that repayment rates on non-real-estate farm loans decreased in the Oct. through Dec. period of 2018 compared to the same period last year, and the rates of loan renewals and extensions increased.

"Even so, about the same percentage (2.4 percent) of current agricultural borrowers were not likely to qualify for operating credit at the survey respondents' banks in this year as in 2018."

Average interest rates on farm operating loans and farm real estate loans increased  by the end of 2018 to levels not seen since 2010 and 2011, Oppedahl wrote.

Repayment rates in the final quarter of 2018 were lower than in the same period of the previous year, with 3 percent of bankers surveyed reporting higher rates of loan repayment and 44 percent reporting lower rates.

Furthermore, the share of District farm loan portfolios indicated as having "major" or "severe" repayment problems was 6.6 percent in the fourth quarter of 2018—the highest such share since 1999.

"The rising interest rate environment is beginning to cause repayment problems," said an Iowa lender.

Oppedhahl opined that the struggles of dairies likely inflated this percentage for Wisconsin. 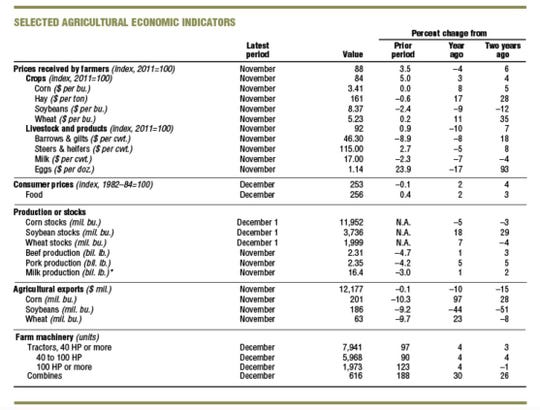 As of Jan. 1, 2019, the average interest rates for farm operating loans (6.07 percent) and feeder cattle loans (6.13 percent) were at their highest levels since the second and third quarters of 2010, respectively.

Bankers from Wisconsin and Michigan reported that dairy operations continued to struggle. One Wisconsin banker said, "Dairy is the most stressed sector—financial stress and the tough January weather have many of our farmers ready to sell out."

Another Wisconsin lender reported, "There was an increase in voluntary liquidations this past year."

Depressed milk prices and livestock prices were down 7 percent in November 2018 from a year earlier. Moreover, the index prices for livestock and associated products that month was 10 percent lower than a year ago.

After accounting for inflation, the District actually experienced a yearly decrease of 2 percent in farmland values for 2018. This was the fifth straight annual real decline in District farmland values—the longest downturn since the 1980s. (Photo: Federal Reserve Bank of Chicago, AgLetter (Feb. 2019))

There were some trends, however, counteracting the downward pull on farmland values from declining livestock prices, Oppedahl pointed out.

"(Lenders) mentioned that available farmland for sale continued to be in limited supply, plus non-farm investors were bidding up farmland values in some areas." he said.