Jon and Chris Eis are the third generation of the Eis family to serve Manitowoc County through the John Deere dealership.

Eis Implement has served Manitowoc County for more than 70 years as a John Deere dealership. Jon and Chris Eis are the third generation of owners and they have made their mark on the business.

TWO RIVERS – In Manitowoc County, a fourth-generation farmer whose tractor has just broken down and a newly graduated agriculture expert who needs to update the technology for the farm he was just hired for might find themselves standing side-by-side at Eis Implement searching for the solutions to their problems.

Jon and Chris Eis, descendants of Ray Eis, who started the store in downtown Mishicot in 1946, are proud to be the third generation of the Eis family to serve the county’s agriculture needs through the John Deere dealership.

Eis Implement sells and services a range of farming equipment, riding lawnmowers and other powerful machinery.

The cousins took over the day-to-day operations of the business in 2008 and purchased the business, now in Two Rivers, in 2014. Since that time, Jon and Chris have worked to modernize and expand the business. In the past four years, they have added a Precision Farming Department which handles a local RTK positioning network which works like a GPS for tractors and allows farmers to program machinery down to a sub-inch of land.

Just as with farming, their business comes with ups, downs and changes. Jon said many smaller farms are disappearing in Manitowoc County and the larger farms are growing. To keep pace with that change, employees from EIS Implement need to continuously learn to implement and repair the up-and-coming technologies that some larger farms demand while also staying informed about the older models many smaller farms still utilize. 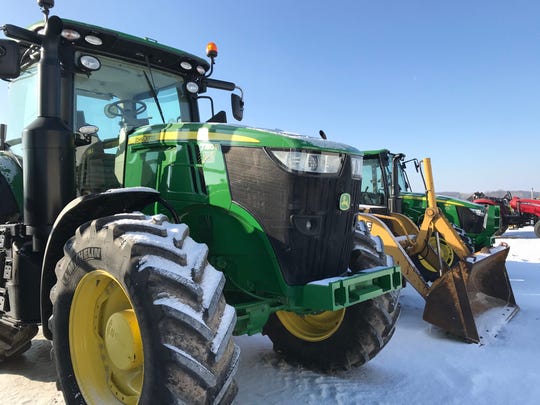 “When you are a small business, you have to do a lot more things than if we were a large organization,” Jon said. “We have to rely on our staff to do a lot more processes. We are very fortunate to have a great team because they take on a lot of extra duties and roles that normally in a large corporation, they would have other people doing those jobs.”

Over the years, Jon and Chris have come to rely on each other’s differences to keep the business moving forward.

“We are two completely different people, and that is an extremely good thing to have in a business, but it makes it difficult because we see things differently and we have different expectations of each other,” Jon said. “It can be challenging.” 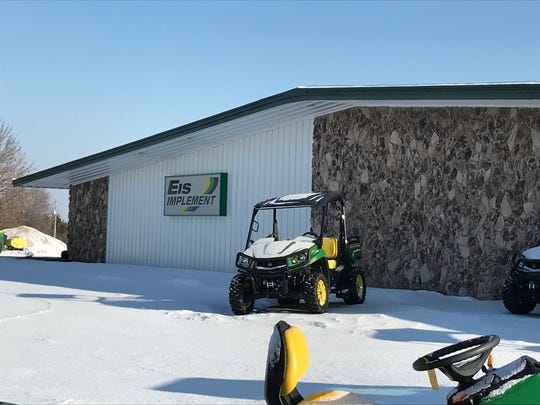 Jon said that while he tends to pay great attention to detail and takes the time to puzzle out solutions, Chris excels at handling the day-to-day interactions with customers and solving their problems.

Eis Implement is no stranger to change. In 1946, Ray Eis started the business as a small downtown shop in Mishicot. His two sons, James and Jerry Eis, and his son-in-law, LeRoy Miller, purchased the business from him in the late 1970s and built a newer, larger store on County B in Two Rivers.

Today, Jon and Chris continue to brainstorm ideas about how to keep up with larger dealerships, and they depend on their close relationship with Manitowoc County.

"It’s not necessarily that easy doing it in a small-town environment, it’s not always that simple," Chris said. "Because you’ve been around, you’ve been here, you're kind of native to the area and stuff like that and it’s always — you’re under a microscope a lot. It’s not the easiest thing to do all the time, but at the end of the day, it’s what you want. You want to have your own business and you want to be able to make it successful."

Both cousins are proud to own a business that employs more than 40 people and services a large part of Wisconsin. While the business is based in Two Rivers, they often service communities like Green Bay, Kewaunee, Appleton, Sheboygan, and sometimes even as far north as Marinette.