Thirteen stars, including a Real Housewife and show's first married couple, will dance.

Alek Skarlatos, who joined friends to stop a gunman on a French train, will compete in ABC's 'Dancing with the Stars.'(Photo: Aurelien Meunier, Getty Images)

ABC's Dancing with the Stars has added a genuine hero to its Season 21 celebrity roster.

Alek Skarlatos, who helped subdue an armed terrorist suspect on a French train last month, will be one of 13 famous contestants to paired with a pro dancer when DWTS returns Sept. 14 (8 p.m. ET/PT). The full slate of celebrities and star-pro pairings were announced Wednesday on ABC's Good Morning America.

Less than two weeks ago, National Guard specialist Skarlatos "was on a train in France (and now) he's become a genuine national hero. It's very exciting that we can have someone like this on this season," says executive producer Rob Wade, adding that Skarlatos is representing his close friends and fellow heroes Spencer Stone and Anthony Sadler. 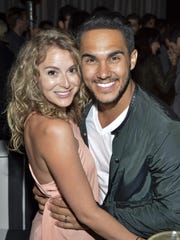 Alexa PenaVega and Carlos PenaVega will be the first married couple to compete on a season of 'Dancing with the Stars.' (Photo: Araya Diaz, Getty Images for Sunset Entertainment Group)

Don't expect any competitive trash-talking in the PenaVega household. If the two faced elimination, "I would want to be the one voted off because … I want him to do well. But he also wants me to do well," Alexa PenaVega says. "We're not good at being competitive."

There is a friendly wager, she says during a joint interview with Carlos. "If I go further in this competition, he has to salsa with me whenever I want."

The two actor/singers were approached simultaneously but separately about appearing. (Jewel and her then-husband, Ty Murray, were supposed to be the first married celebrity competitors during Season 8, but a training injury forced her to cancel her appearance.)

"This opportunity to learn something brand new and challenge ourselves really drew us to" say yes, Carlos PenaVega says.

"We wanted the show to feel like it had a lot of story in it and really interesting characters and, most of all, for there to be something for all of the family," Wade says. 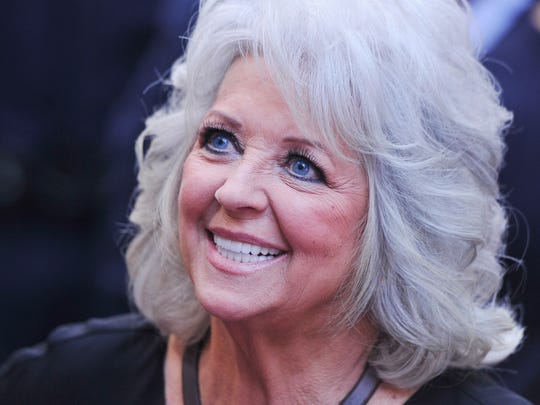 Deen provides a substantial storyline. Dancing marks another step in the public re-emergence of the celebrity chef, who lost a Food Network series and some lucrative endorsements in 2013 after she admitted having used a racial epithet. She recently launched a self-titled, subscription online network and a Roku channel and she has a new book.

"I have always loved the show and the level of excitement from my family, team members and friends has encouraged me to hit the dance floor," Deen says via email about her decision to participate. She had been rumored as a contestant shortly after the scandal.

Irwin, 17, known for roughing it in such TV wildlife pursuits as Bindi the Jungle Girl, finished a crocodile-research trip in her native Australia before heading to the dance competition in Hollywood.

Bindi Irwin will compete in the fall season of ABC's 'Dancing with the Stars.' (Photo: Laura Cavanaugh, FilmMagic)

"I've always been quite a tomboy. I play with the animals and roll around in the mud," she says. Dancing "is totally different than anything I'm used to but I wanted to give it a try ... and maybe empower others to do the same things in their own lives."

She likes the "the gorgeous, sparkly dresses," but the wardrobe provides challenges. "I've been trying to work out how to wear heels. I'm not a heels person. I'm usually climbing trees."

Dancing will be down to three judges – Carrie Ann Inaba, Bruno Tonioli and Julianne Hough – for the fall, with Len Goodman away to focus on his British dancing series and spend time with family.

Goodman's absence is temporary, Wade says. "This is a hiatus. I fully expect him to be back in the spring."