Lambing time on the farm means spring can't be far behind 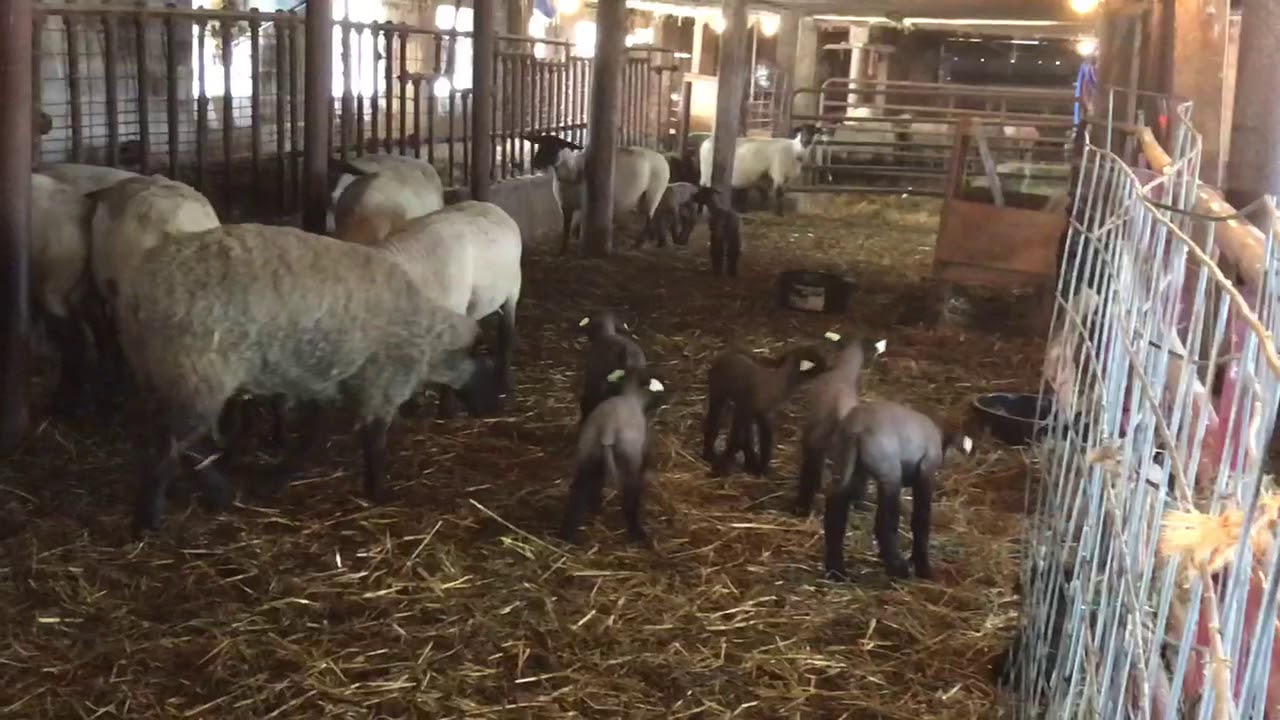 For over 40 years, lambs still have the power to delight me.

While my grandfather was a farmer, he was down to raising a few litters of pigs a year by the time I was born. Long gone was the herd of Guernseys, and grandma's chickens and lambs. So, until I started dating a farmer, I had no real connection with sheep.

Our family's flock of sheep started with three ewes given to my husband's younger siblings in lieu of Easter candy one year. Four decades later that little band of sheep has grown to quite a mob. As of last Sunday, we had over 230 lambs born this winter, with just 20 or so ewes to go.

Among those newborns were countless sets of twins, several triplets and even a set of quadruplets born to a nurturing Southdown ewe. My father-in-law Jim Kottke - the original shepherd of the family - had a soft spot for the smaller, wooly Southdown, often telling us they made the best mothers. And he was right.

The lambs start coming in early January and activity in the maternity barn ramps up into overdrive in February, and finally tapering off by mid-March. While keeping abreast of the constant birthing activity is a full-time job and can be challenging at times, there's so much satisfaction in seeing the abundance of new life everywhere - especially in the grip of winter.

Our sons used to wait for ewes to line up at the manger for their evening feeding. With the older ewes occupied with their hay and grain, it created an open space in the middle of the pen where the lambs would race up and down, frolicking and kicking up their heels. The antics of the lambs evoked much laughter among the kids, and was the perfect antidote for winter weary souls of the adults.

I also love introducing friends and family to newborn lambs, and seeing the wonder and joy on their faces as they marvel at the texture of the nubby fleece on a black-faced lamb's body or exclaim over the plaintive cries of the lambs as they seek out their mother among the wooly mass of sheep milling around inside the barn.

Last weekend we had the pleasure of sharing this experience with my brother's children who are definitely urban dwellers. Once they got used to the aroma of a barn filled with animals they wholeheartedly embraced the experience. Not only were we able to grant them this hands-on opportunity, we were able to use it as a teaching moment that they will hopefully carry with them to their friends and beyond.

The miracle of life that happens in the barn each year never gets old for me. While holding a newborn lamb in my arms I can revel in the newness of God's handiwork, forgetting for a moment the financial pressures of farming, the lingering winter days and the endless bickering going on in the world. And if the lambs are here, can spring be far behind?