Legal experts: Kesha's battle with alleged abuser Dr. Luke is far from over

The future of the singer's sexual assault case against her longtime producer is in question as she gears up to release new album 'Rainbow.'

Legal experts: Kesha's battle with alleged abuser Dr. Luke is far from over

Kesha is back in the spotlight with new album 'Rainbow' amid a messy legal battle with longtime producer Dr. Luke.(Photo: Christopher Polk, Getty Images for Spotify)

On Friday, Kesha makes the next stop on her long-awaited comeback tour with Rainbow, her first album in nearly five years.

The critically acclaimed release is preceded by a slew of empowerment and feminist anthems, including the triumphant top-40 ballad Praying, which many suggest is an emotional response to her ongoing dispute with Dr. Luke (aka Lukasz Gottwald), whom she accused of sexual assault and harassment.

In October 2014, Kesha (full name: Kesha Rose Sebert) filed a lawsuit against the superstar producer, which claimed that he drugged and raped her on multiple occasions, and said that his alleged abuse over their 10-year working relationship led to her eating disorder. She asked to be released from her contract with Luke's Kemosabe Records, which he founded in 2011 under Sony Music. He counter-sued two months later for defamation and breach of contract.

A messy legal battle followed, leading Kesha to drop one lawsuit in California last year but later filed a counterclaim in New York, accusing Luke of refusing to approve her new songs or set a release date for her third studio album. Rainbow's release signals a much-needed win for the embattled pop star, but her courtroom saga is seemingly far from over.

After Luke subpoenaed Lady Gaga to testify last month, "it appears that the lawsuit is doing anything but dying down," says Troy Slaten, a criminal defense attorney in Beverly Hills. "This is Dr. Luke's attorney instead ratcheting it up and pushing the case forward." 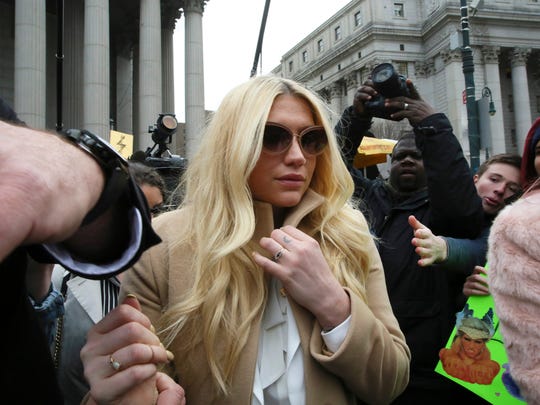 Gaga, who has publicly supported Kesha in her accusations against Luke, fired back at the producer's team, saying that she has provided all relevant information and is an "ancillary witness."

“Dr. Luke’s team is attempting to manipulate the truth and draw press attention to their case by exaggerating Lady Gaga‘s role and falsely accusing her of dodging reasonable requests," Gaga's representative, Amanda Silverman, shared in a statement with USA TODAY.

But how did Kesha manage to release Rainbow if she and Luke are still embroiled in legal drama? Entertainment attorney Daniel Stone speculates that the singer managed to reach a deal behind the scenes, after Luke stepped down as CEO of Kemosabe in April. Given that her most recent amended lawsuit was rejected by New York Supreme Court Justice Shirley Kornreich in March, the new album could potentially reinvigorate her case. "There's now the ancillary benefit of hopefully she has some income coming in, which obviously will help everything, including the extent she moves forward with funding the litigation," Stone says. "Generally in litigation, it’s helpful to come across as being reasonable. It sounds like at this point, if there was a way for her and Sony and Kemosabe to figure out how she could put out music without having Dr. Luke directly involved, it’s best for everyone involved."

But to what extent, if any, might Luke have had a say in the creative direction or content of Rainbow? And could he stand to profit from its sales and her upcoming North American tour, despite much of the music's content appearing to be leveled at his alleged abuse? Neither Dr. Luke's nor Kesha's representatives returned requests for comment.

"Business is a business, it's about money," Slaten says. "Sony, Dr. Luke, whoever is profiting from her contract and the music being released under the label — if they feel they can make money on it, they're going to release it. Reputations and hurt feelings be damned."