The Frost Pipe Man of Donbridge

Emmitt Taylor was convinced that he could grow vegetables in Donbridge.

The Frost Pipe Man of Donbridge 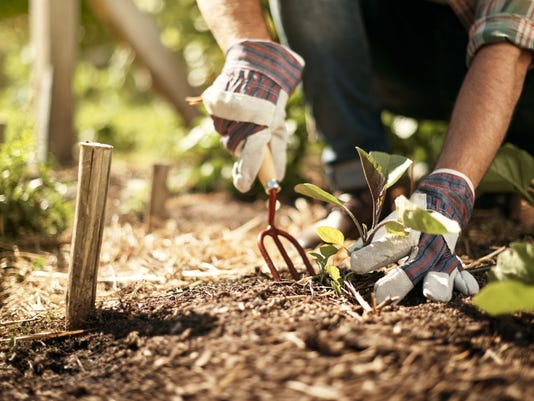 Shot of a male farmer working in a vegetable garden(Photo: shapecharge, Getty Images)

It was a fall afternoon and I arrived at my grandmother’s house having walked a few country miles from my parents’ house. The leaves had turned, and a crisp cool air made my skin feel hot and cold at the same time. From the entrance of their driveway, Grandfather seemed occupied with a gas tank taken from my aunt’s car. The tank had a leak in it and Grandfather was determined to seal the hole with the means of solder and a hot iron. Seeing he was deep in his work, I moved to the back yard were the sugar pumpkins were ready to be picked.

My grandmother was there in the patch, hard at work, using a serrated knife to harvest a few. “Hi, how are ya?” she said as she stood up from her work. I smiled back and moved over to her to give her a hug. “I’m fine.  Just out for a walk,” I said as I moved about the garden. “I am going to make some pumpkin bread later with these pumpkins,” she said as she grabbed one from the side of the patch.

I listened to her as I walked over to the rows of cauliflower and broccoli.  My Grandmother watched me eyeing the plants and remarked, “You know, I have got to get my pipes out as the weather man is saying frost is on the away.” I looked at her in surprise as most everyone I knew used tarps to protect their plants, but pipes seemed a new approach to me.

“Grandma, what do you mean pipes?” I said as I looked about. Then she confidently pointed at her stone wall which bordered the garden where a large pipe was hanging out of the wall. “What is that thing for?” I asked her as she went to her shed to pull out some plastic piping. “You will see, but I am more surprised you didn’t ask where the pipe came from that’s in the wall?’ she said. “But worry not, I will tell you,” she exclaimed as she began to unfurl the pipes.

For the longest time the people of Donbridge avoided growing vegetables and remained that of herdsman raising cattle, horses and deer. Some harvested hay but that would be the absolute closest anyone would venture to grow a crop. Vegetables were difficult to cultivate especially because the seasons seemed to be too erratic.  So for that reason, the people of Donbridge relied on imported vegetables from southern farmers who supplied Sharp’s General Store at the center of town.

One day a man by the name of Emmitt Taylor moved to the Town of Donbridge with his wife, Emily, and son, Timothy. The Taylors were vegetable farmers by nature and had traveled from Canada to find a new home in the Hudson Valley. They were determined to make a living for themselves and had knowledge of farming that most did not have at the time. So when the Taylors discovered that vegetable farming did not occur in Donbridge, it surprised them thoroughly. But Emmitt Taylor was convinced that he could grow vegetables in Donbridge.

To prove his point, he set out on an exploratory journey through the valley. He traveled nearly two weeks across the land and, for the first time in his life, he started to believe there was no way he would be able to start his farm in Donbridge. Weeks passed and Emmitt decided that if he was not going to be able to grow vegetables on his own, perhaps he could find a way to preserve them. So with that sentiment he began to dig a large hole in his back yard and, as he dug his root cellar, something strange happened.

A large hissing sound came from a large boulder that rested at the base of his newly dug hole. The rock was hot to the touch and soon the hole began to fill up with hot boiling water. Emmitt quickly climbed out the deep crater as the water rose to the top.  Steam filled the air and as it did, the lingering snow pack that was left from the last spring storm quickly melted away. Smiling, Emmett began to cover the hot spring with boards and began to seal the cracks so the heat would stay in the spring.

Soon Emmitt began to pipe the steam out to a large area where he had built stone walls for his new vegetable garden. The warm pipes kept the ground warm and because the cold could not reach the ground, Emmitt was able to grow his vegetables year round without the fear of the plants freezing. Word spread throughout Donbridge and not long after, Emmitt had piped his steam to every farm in the area so the good people of the town could grow their crops.

When my grandmother finished her story, we were nearly done laying out her pipes in the garden and connecting them to the main pipe in the stone wall. “Do you really think there is steam from this pipe, Grandma?” I asked as I connected the last section to the stone wall. She only smiled at me and as she did a red pickup truck pulled over to the side of the road near the garden and a bearded man stuck his head out the driver’s side window. “Frost is on the way, Jules! I hope you got your pipes connected for the night!”  The man waved and drove off. I saw his tailgate read Taylor Vegetable Garden…Veggies year round despite the frost. I turned to my grandmother who was leaving the garden which now had a light steam rising from the pipes. 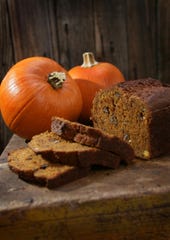 RD Vincent shares fables his grandmother told him as a child growing up on the family farm. www.donbridgeseries.com