You can try free cheese samples and watch judges score cheese at Lambeau Field. It's a cheesehead's dream.

GREEN BAY - It’s time to crown the champion of all cheese made in the United States at the nation’s largest technical cheese, butter and yogurt competition, the U.S. Championship Cheese Contest.

Once again, the title of the best cheese in America will be handed out in Titletown with Lambeau Field serving as the battleground March 5 to 6, when 2,555 entries will be evaluated.

Judging is open to the public and free to attend from 9 a.m. to 3 p.m. those days in the Lambeau Field Atrium.

The winner will be announced during the Cheese Champion event from 6:30 to 8:30 p.m. March 7 at the KI Convention Center in downtown Green Bay. 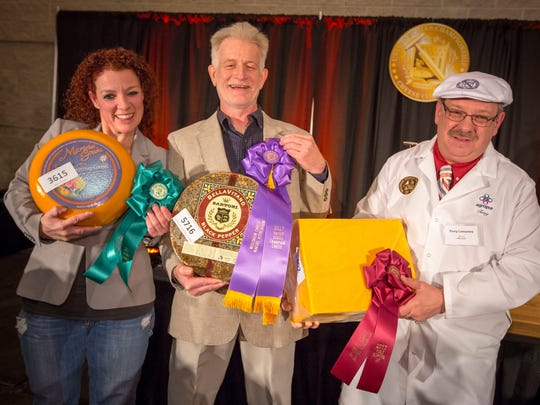 The U.S. Championship Cheese Contest occurs in odd-numbered years opposite the World Championship contest. Winners of the 2017 U.S. contest hosted in Green Bay, Wisconsin include: second runner up Marieke Gouda Team for its Marieke Gouda Belegen; 2017 Champion Mike Matucheski for the Sartori Reserve Black Pepper BellaVitano; and first-runner up Terry Lensmire for the Agropur cheddar, aged one to two years. (Photo: Courtesy of Mike Roemer)

The Cheese Champion event features samples of more than 50 contest cheeses and a guided tasting experience from contest judges. Tickets are $30 each at USChampionCheese.org.

Here’s what else you need to know about the event:

»Yes, there will be free cheese samples.

»Total entries are up 11% compared with 2017, the last time the contest was held.

»Held biennially since 1981, this is the 20th U.S. Championship Cheese Contest hosted by the Wisconsin Cheese Makers Association.

»Thirty-five states are represented in the entries, from California to Maine.

»There are 116 classes, including this year’s rookies: traditional waxed cheddars, natural rinded cheddar, other hard cheeses with natural rinds, burrata, along with dried dairy products.

»Categories with the most entries are cheddars, brick and Muenster, and Latin American-style melting cheese including Asadero and Chihuahua.

»Entries are judged on technical merits, including a product’s flavor, body, texture, salt, color, finish and packaging. A gold, silver and bronze medal is awarded in each class.

»The trendiest cheese is cottage cheese? Yup, entries increased by 77% over the last competition, with the rise in popularity of flavored cottage cheeses. Fresh mozzarella is also hot, with a 36% increase in entries.

»Each class winner is judged a second time, with the top 20 making the finals. Then the top 20 are judged again to select the U.S. Champion Cheese and two runners-up.

»Judging is done by 60 dairy experts from 20 states.

»Meanwhile, more than 100 volunteers will make the event happen.

»All dairy products not consumed or tasted for judging — 6,732 pounds of cheese, butter and yogurt this year — will be donated to Paul’s Pantry in Green Bay. 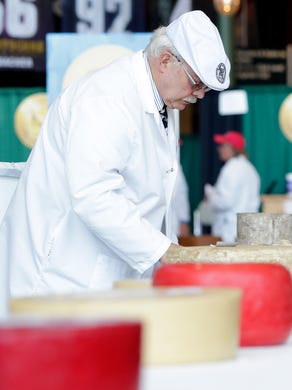 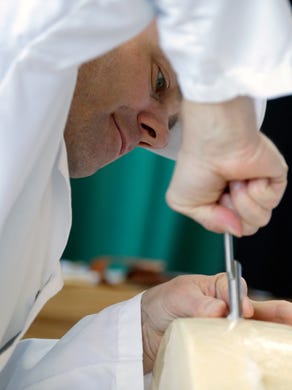