Report: Chocolate shortage could arrive by 2050

In news that’s not so sweet, Business Insider reports there’s a chocolate shortage, and experts say it’s on track to vanish by 2050.

Report: Chocolate shortage could arrive by 2050

In news that’s not so sweet, Business Insider reports there’s a chocolate shortage, and experts say it’s on track to vanish by 2050. 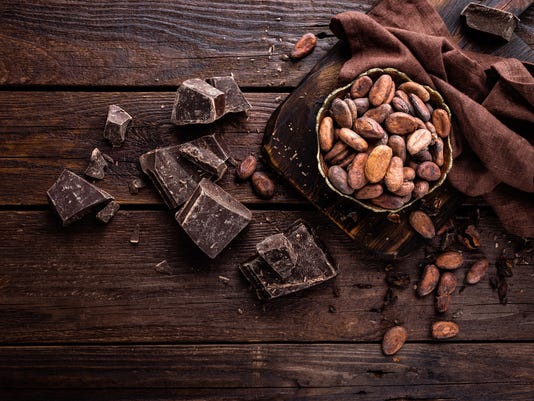 The world's chocolate supply could melt into a shortage within a few decades, and the maker of M&M's, Snickers and Twix hopes scientists can save humanity's sweetest invention.

Rising temperatures from climate change threaten to shrink the slim strip of rainforests around the equator where the cacao trees used to make chocolate thrive, according to a 2016 review from the National Oceanic and Atmospheric Administration (NOAA). And the two West African nations that produce over half of the world's chocolate — Ghana and Ivory Coast — would feel the heat.

It all could come down to CRISPR, a tool developed by UC Berkeley geneticist Jennifer Doudna that lets scientists tinker with DNA strands to potentially alter anything from produce to people. Already, genome researcher Myeong-Je Cho is growing cacao seedlings at the university that may let cacao farms stay put even as environmental shifts occur, according to the report.

Warnings of chocolate's precarious future aren't new: Years ago, Mars cautioned that consumer demand for cocoa would exceed supply by 2020, creating a chocolate deficit. Some at the time, including the International Cocoa Organization, called such doomsday predictions overblown.

However dire chocolate's state, the researchers whose work predicted the 2050 conditions signaled hope that the industry could change.

"These changes in climatic suitability are predicted to take place over a time period of almost 40 years, so they will mostly impact the next rather than the current generation of cocoa trees and farmers," Peter Läderach and his co-authors said in a 2013 study.

"In other words, there is time for adaptation.”